The world of Gene Marshall is a richly textured realm filled to the brim with the lore of Old Hollywood, back when the studio system ruled the film industry. Mel Odom poured his love of classic American film into the creation of his Gene Marshall line and the rest is part of the history of fashion dolls.

Zita Charles is one of the seven characters created by Mr. Odom to populate Gene Marshall's world. Miss Charles came into production while the Gene Marshall line was being produced by Integrity Toys. Here's her biography as she was presented in 2008:

"As a major star of the late silent era, Zita Louise (as she was then called) was the epitome of the Jazz Age glamour. Known as the "Too Much Girl", Zita forged a reputation as a party girl and was a favorite of the Hollywood gossip columns. Counts and "princes" seemed always to be proposing to her in front of a fountain while the cameras were rolling. Everyone and anyone just wanted to be with Zita Charles for her vampish look, sassy style and elegant vintage inspired gowns."

This year, JAMIEshow and Mr. Odom bring Miss Charles back as a resin ball-jointed doll, much to the delight of a steadfast fan base. Already sold out, "Poised for Success" Zita Charles is, like her other JAMIEshow friends, a luxurious, hand painted doll ready to transform with wigs and dress. Like her other six predecessors, "Poised for Success" Zita Charles fulfills the company's philosophy: one doll will yield as many transformations as the collector can envision.

In this Dolldom exclusive, Miss Charles is the quintessential grande dame of Old Hollywood style. 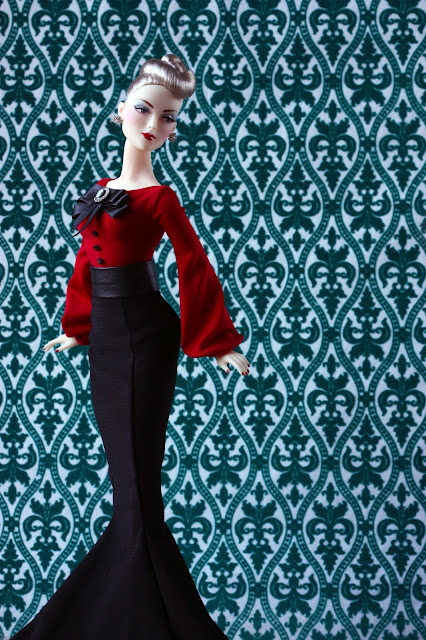 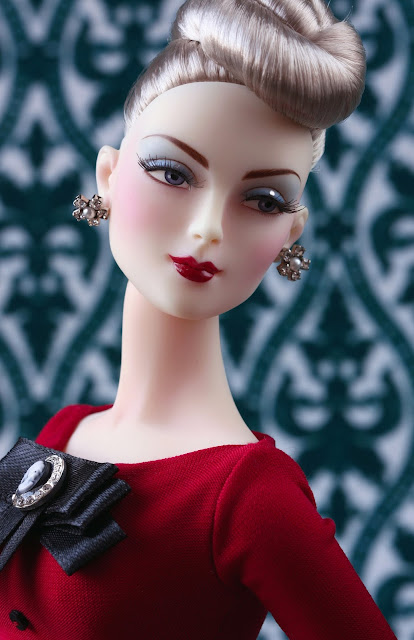 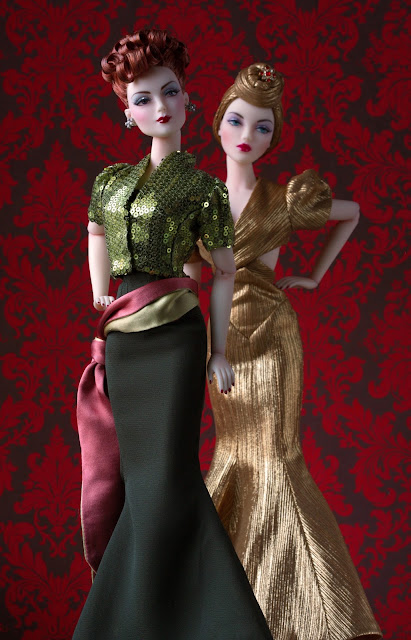 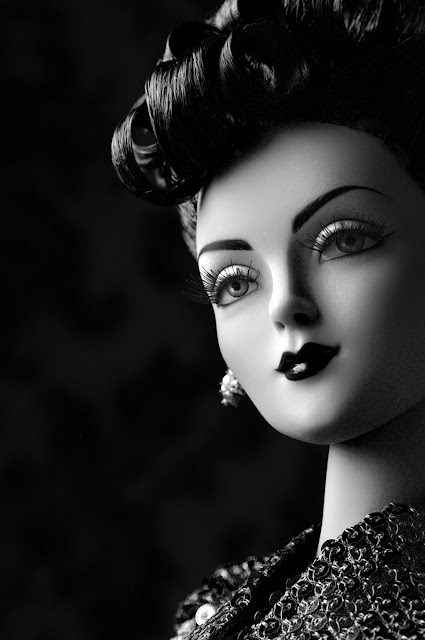 They had faces then. 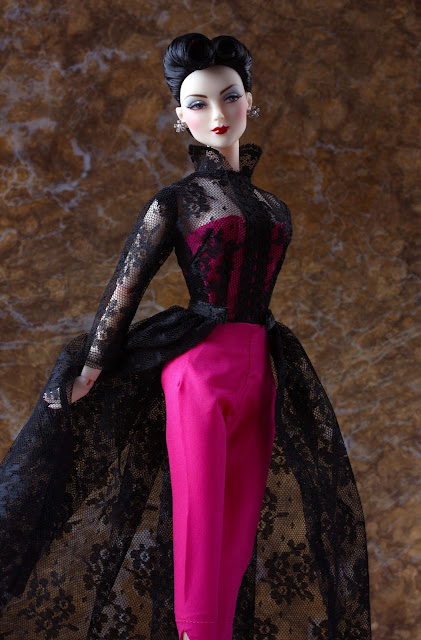 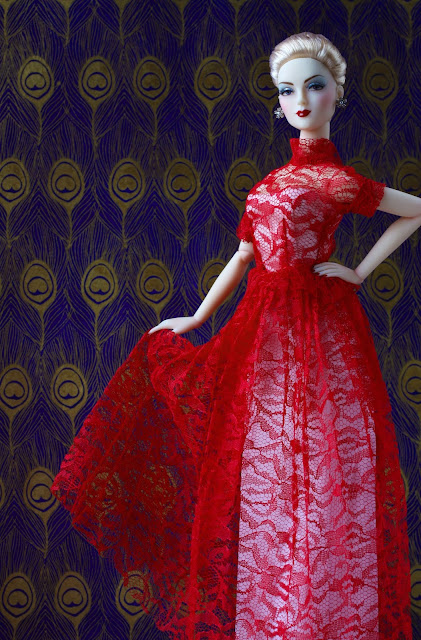 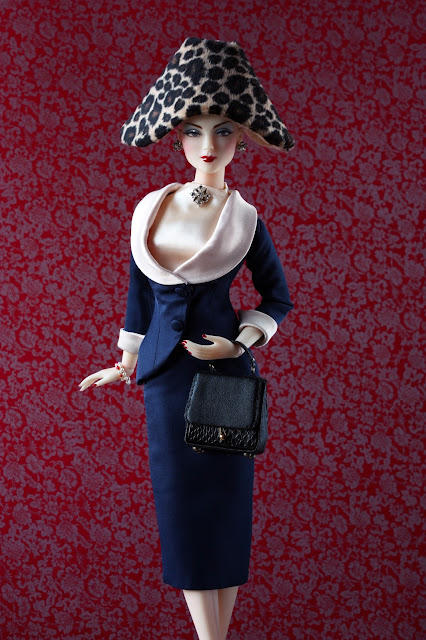 Fifth Avenue Fun! "Poised for Success" and a Retros hat provide Miss Charles with the right combination of class and sass. Purse by Bambola. 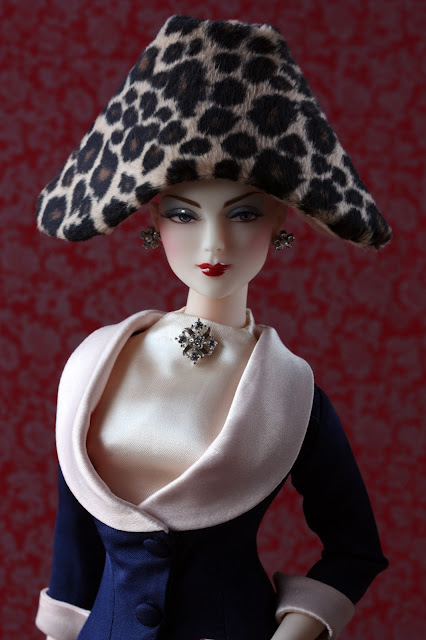 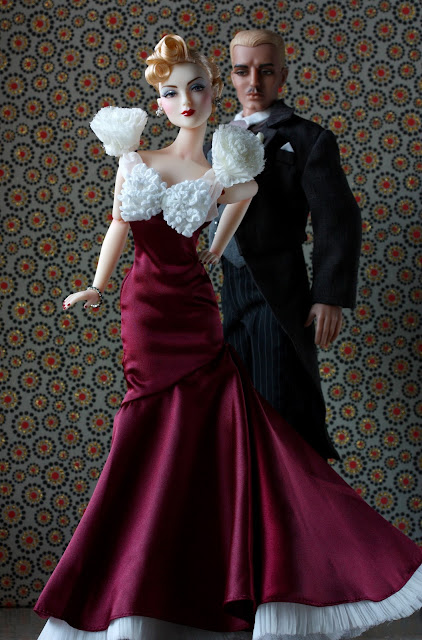 Arrival at the Premiere.  Miss Charles causes and sensation in "Parfait" while Trent escorts her in his elegant formal attire produced by Ashton-Drake. 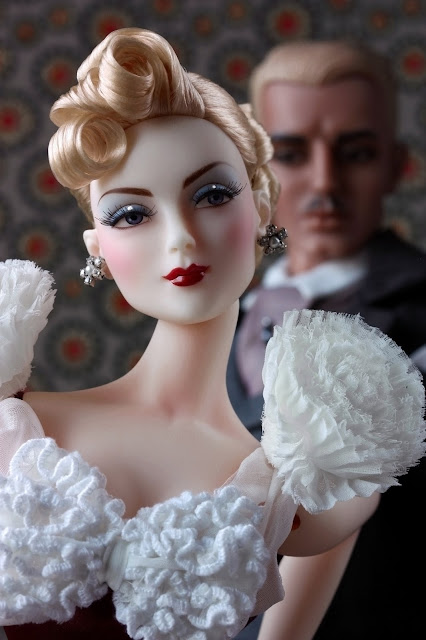