With one look at Nav Sikand's pretty Anouk in her "Series Three" iteration, one could easily conclude that she is an unequivocal representation of virtuous innocence. Yet, to enlighten our understanding and eliminate these superficial perceptions, Dolldom went right to the source - the doll maker himself.

Dolldom: Is Anouk a metaphor for purity and goodness?

Mr. Sikand: Anouk is full of optimism for the future with her life and many adventures ahead of her. I feel that in these turbulent and dark times we live in, there is something very important and appealing about things that remind us of a simpler and relatively easier time of life. I try to project this positivity through Anouk and the context in which I present her. I wish Anouk to be a symbol of simpler and more hopeful times. This said, "Series Three" features some changes that make Anouk different. The major change is her mouth, which is a much darker and vivid fuchsia pink and a Bardot-esque pout, which gives Anouk a slightly sultry look. Still, she remains a charming gamine. 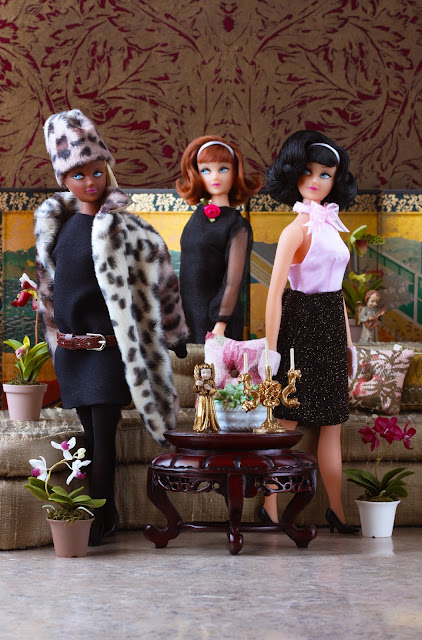 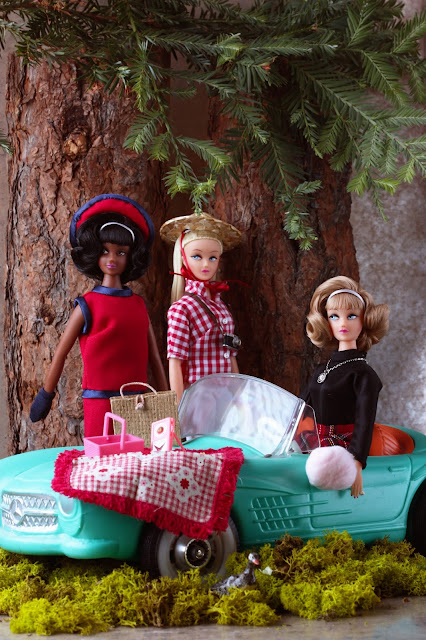 Pique- nique dans la forêt
Three beautiful fresh-faced Anouk dolls gather for a peaceful snack and relaxation in the coolness of the forest. 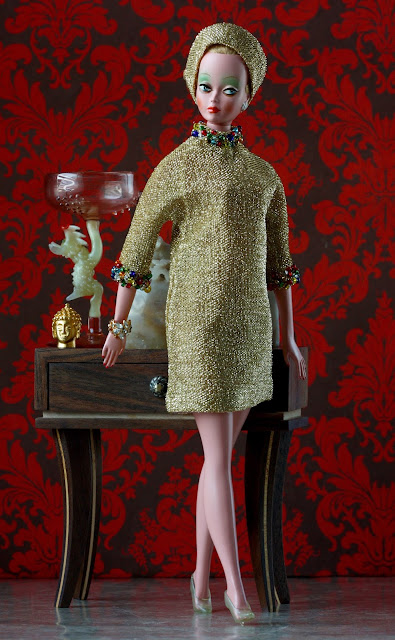 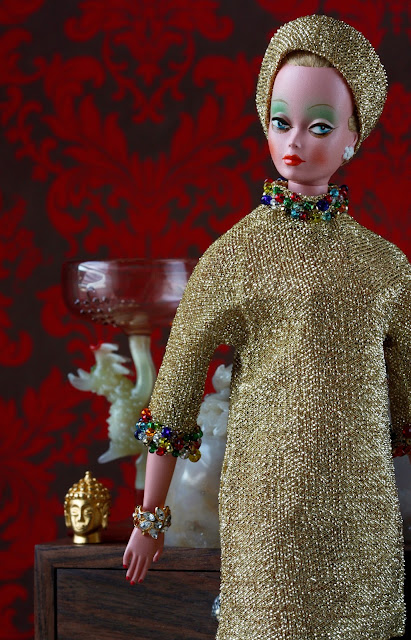 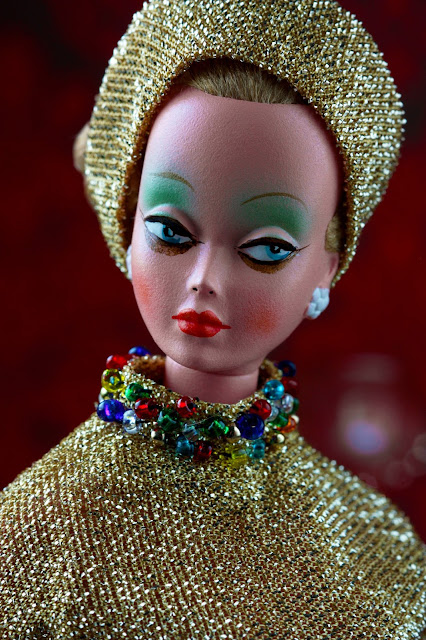 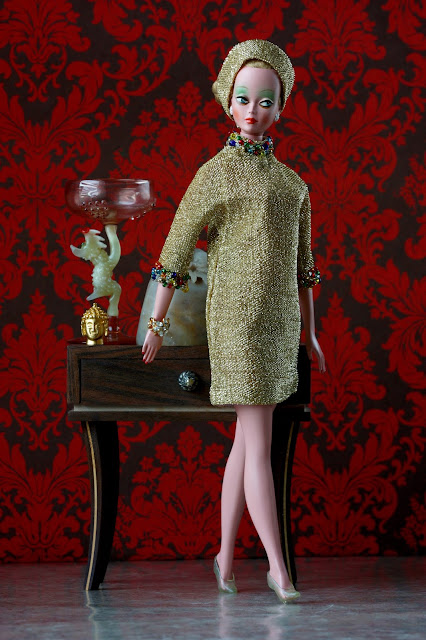 Posted by Ernesto at 7:06 AM No comments:

It's a cinch to look smart when you have as many things going for you as Gene does in this sensational black satin dress. Puffed bell sleeves tapering to a fitted ¾-length cuff just below the elbow echo the blouson bodice and taper to a tiny belted waist, atop the trim skirt. The real action is the killer choirboy neckline, featuring three matching buttons that fasten up to a full, pussycat bow at the throat. These stylish kitty's ears are tailored in emerald green felt and worn at an angle atop Gene's chapeau du jour. The cat theme continues with a handbag of stenciled leopard in an exaggerated print. Wrapped ankle ties on the black, sling back pumps and matching, elbow length gloves are the finishing touches on this city kitty's sleek look. Knockout emeralds set in gold at the ears match the hat and proclaim Gene the queen of the urban jungle for the day. Her honey blond hairstyle is a tight, braided bun in the back and a sculpted roll from the crown to the forehead. Pale grey brows and eye shadow and a vivid red mouth are the classic Gene Marshall look for being looked at. 'It's a Cinch' when you're Gene. 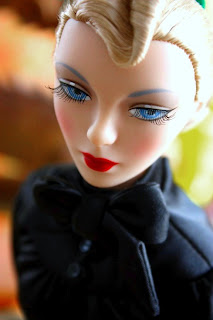 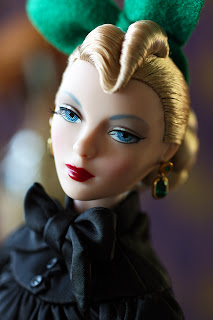 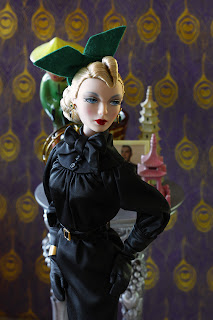 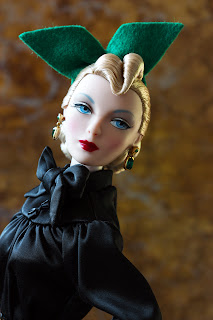 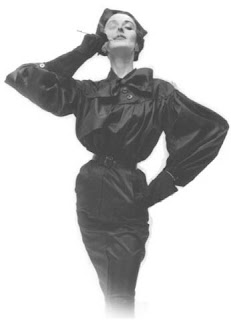 Christian Dior
Posted by Ernesto at 7:06 AM No comments:

Chameleonic Magic : The Metamorphoses of Séverine