There's something to say about trios, as the uneven number allows for attractive compositions in decorating and of course in pictorial art. Last year, to celebrate its 75th Anniversary, Mattel offered a reproduction of the Number One Barbie doll made of Silkstone. Later, at the annual convention to celebrate everything Barbie, the company gifted its fans with a choice of a brunette version in "Peace" Silkstone (to evoke the faded vinyl of most vintage first-issue dolls) or a ground-breaking African-American version. 61 years after her introduction to the public, the classic sculpt, used until 1965-1966, portrays a Black woman in the look that launched the most famous doll of all. And although Mattel had already played with the idea in 2019 with the African-American version of the 60th Anniversary Convention Sparkles Barbie doll, this last version revises the perception that Barbie, as first issued in 1959, was exclusively a White doll. That, dear readers, is a grand gesture.

For this first Dolldom entry, the Ultimate Triumvirate pose as it would have for catalog photos in 1959, ready for the beach or to be redressed and on their pedestal stands. Full disclosure ethics demand that full credit be given to Bobby Taylor of Pink Bubbles Doll Spa. Taylor, who is as generous with his gift and he is with his tenacity, elevated the dolls with his restyling of their factory hair sets. Taylor and his team (Miss Vera, Daffy, and Beatrice: Dolldom loves you!) kindly considered Dolldom's plight for tightly curled, symmetrical bangs and freshly-tied (with string!) ponytails with hard curls at the ends.

What will they wear, you ask? Well, that is for the near future, dear readers, when the Ultimate Triumvirate will model creations by many talented designers. Soon! 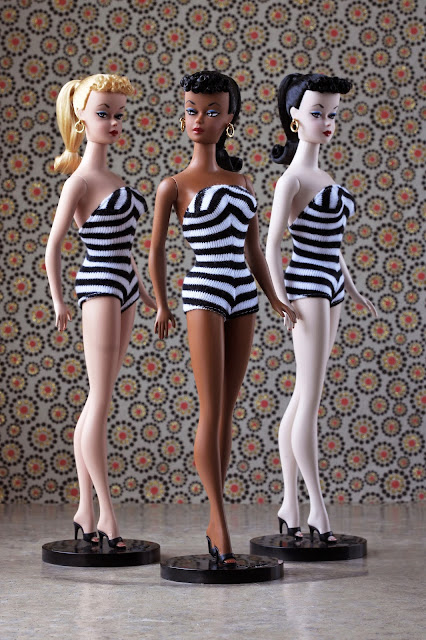 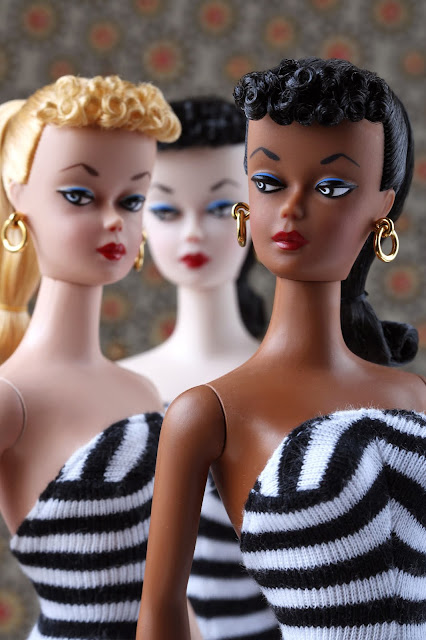 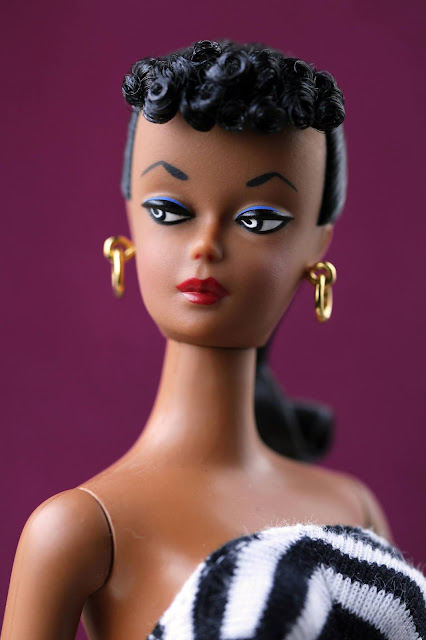 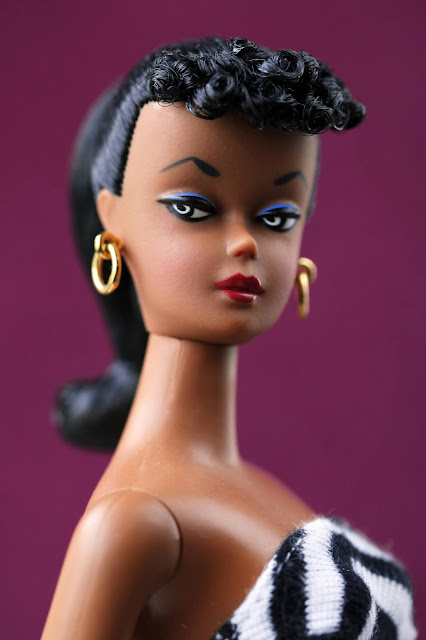 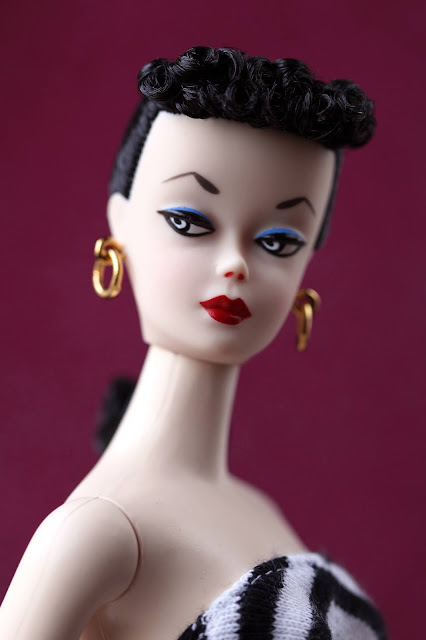 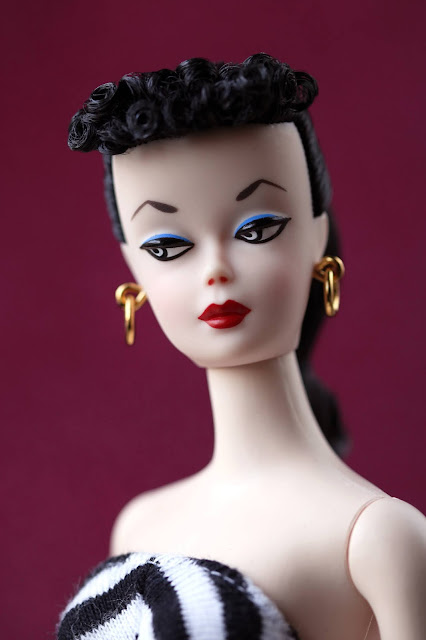 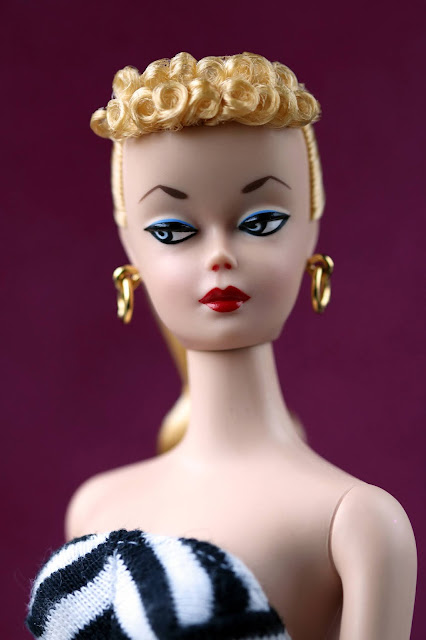 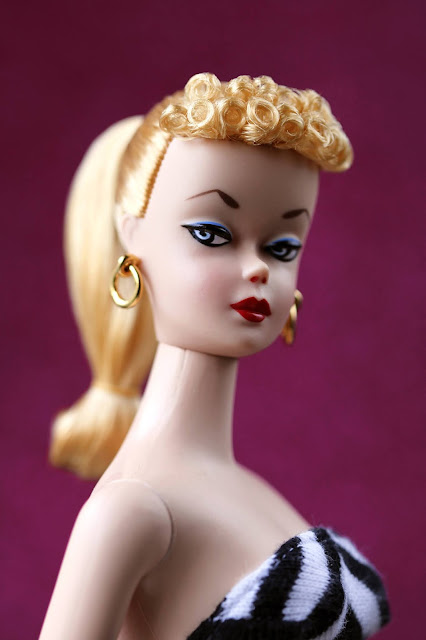 The quintessential man doll and loyal escort to the ultimate fashion goddess, Ken Carson, takes time to celebrate two events: his iteration in Silkstone to commemorate his 60th anniversary and the debut of a Fashionistas' face that very well could be his grandkid - or maybe himself in 2021- as fashion dolls never age.

The production of vintage Ken in solid and weighty Silkstone is pretty flawless with soft flocked hair and beautifully rendered screening. But it is perhaps, Ken Fashionistas #163 who steals the show with a powerful set of dimples and a smile that invites hanging out.

Styled in bathing suits and panama hats, the hipster dudes are ready to chill around the pool and maybe later go for a drive before getting ready to meet Barbie. For such is the life of Ken Carson. 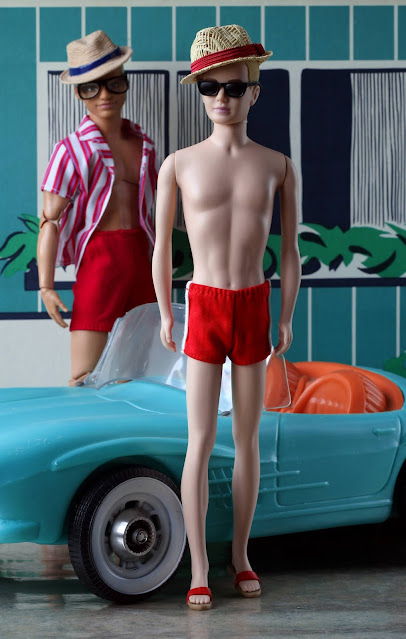 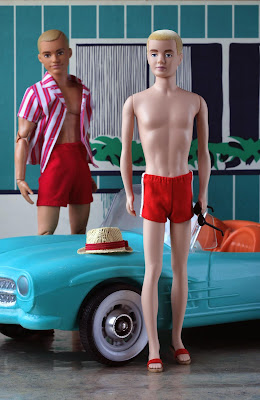 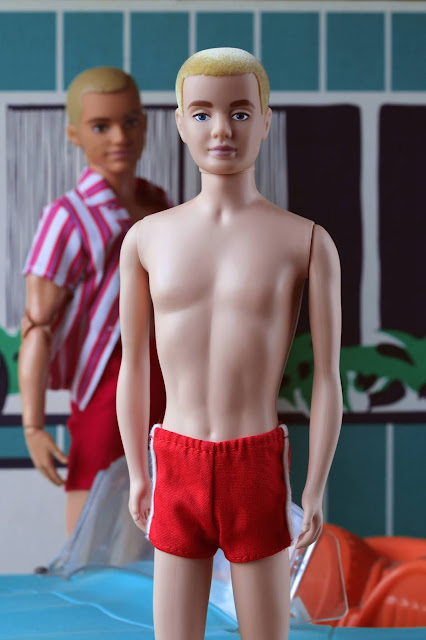 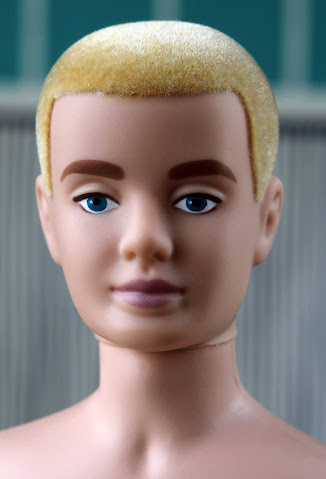 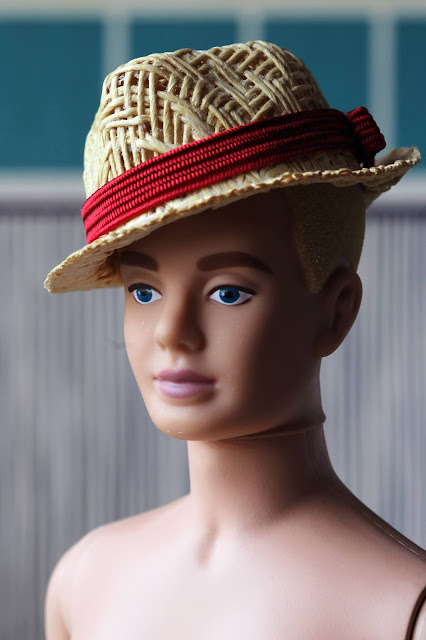 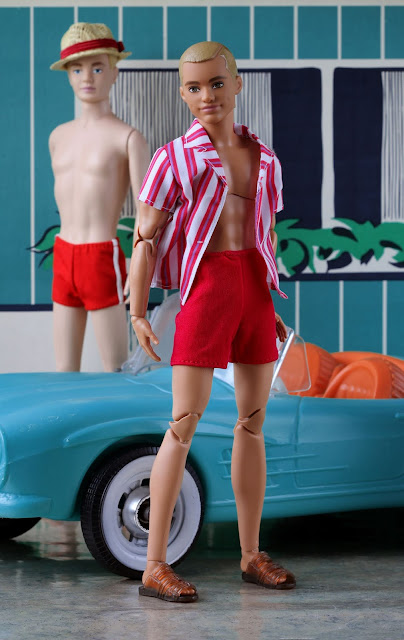 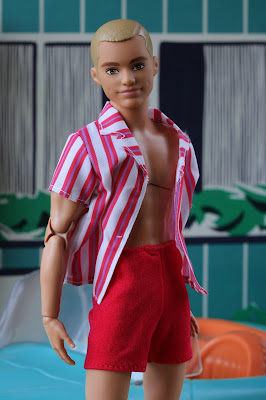 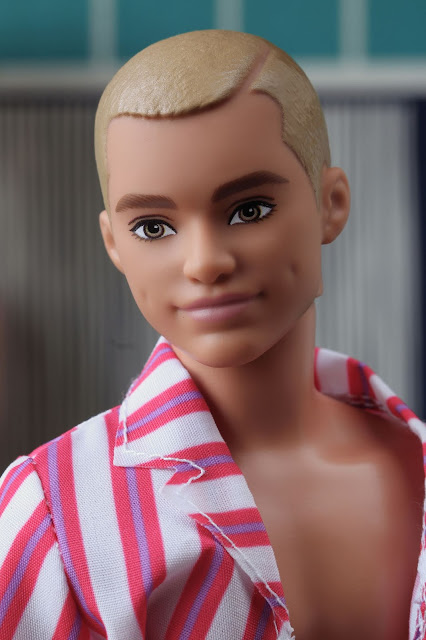 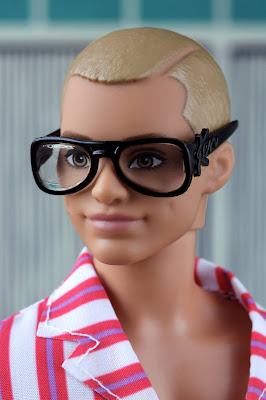 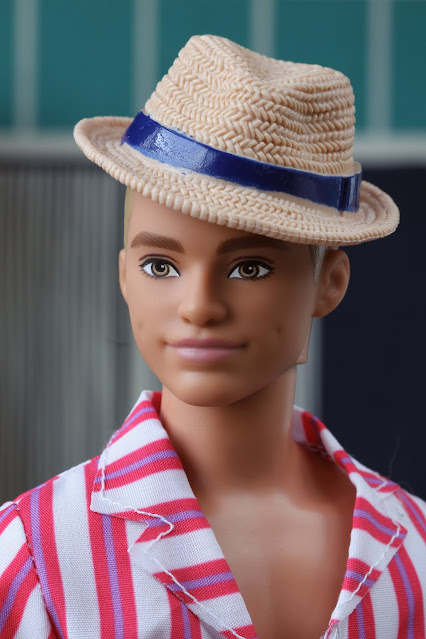