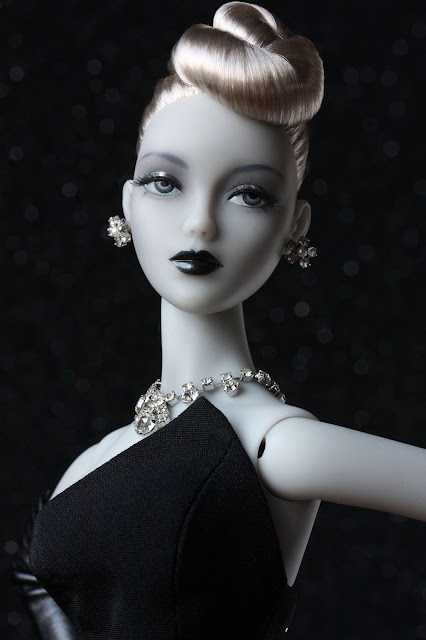 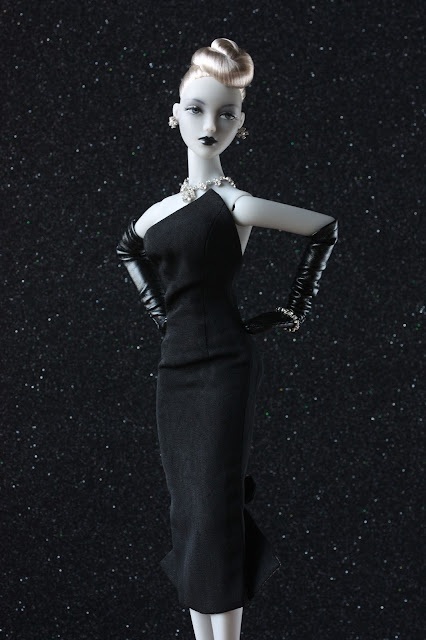 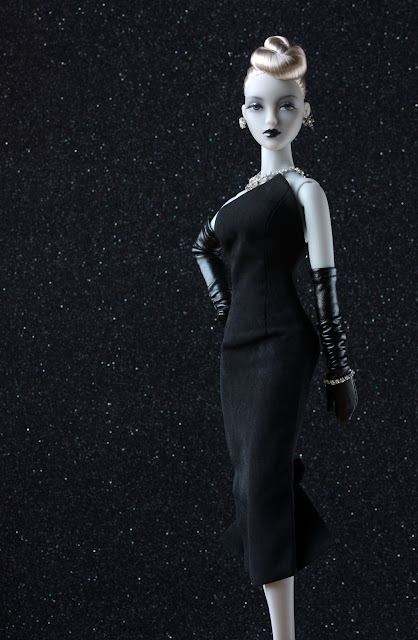 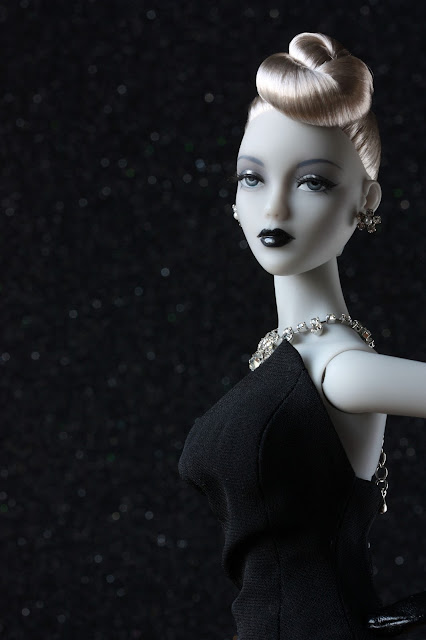 Dolldom remembers the days when the prospect of space travel and exploration inspired children to project their fantasies on their Matt Mason figures or Liddle Kiddle Cosmic Greenie Meenie dolls. It was a time when Martian attacks were expected and desired, and the monsters from outer space populated many a B-movie.

For this late September entry, Dolldom channels the feeling of those days with a special photo spread featuring Julian Kalinowski's Séverine doll. This particular model appeared on e-Bay and our vigilant assistants were able to snatch her thanks to the Buy It Now feature. It's quite addictive, they say.

Séverine, in her Cósmica version wears a Lurex knit mini by super duper designer Rosina Haskell, who also fashioned a pair of silver metallic gloves. She has panties to match. But it has to be the out-of-this-world color palette and swept-by-solar-winds hairstyling that makes this OOAK (all Séverine dolls are, BTW!) Séverine the ultimate Queen of Cosmic Dreams. Where else, we at Dolldom wonder, can the collector of the unique find such an example of beauty, but chez Mr. Kalinowski? Only chez lui.

Yes, the future of fashion dolls is handmade. And the future is here. Séverine exemplifies it. 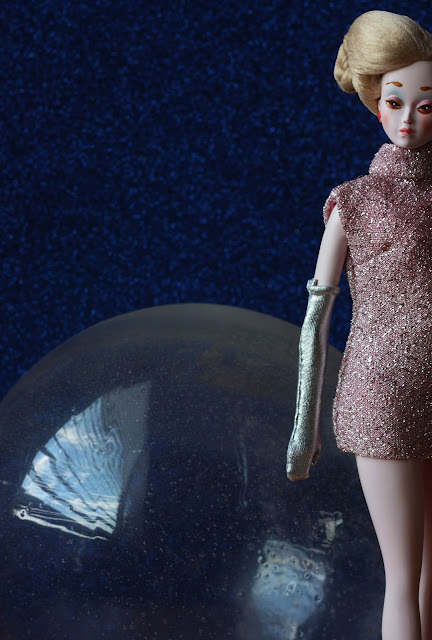 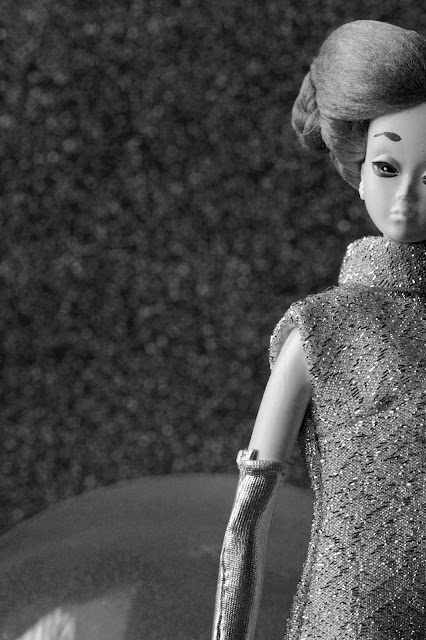 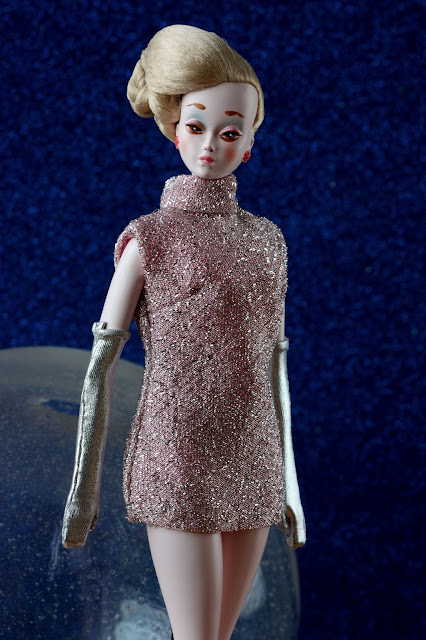 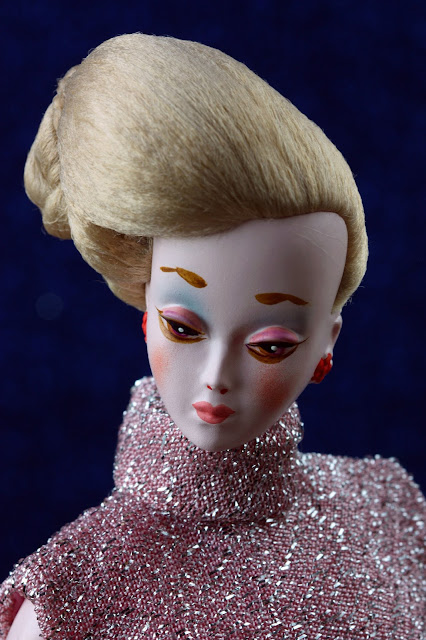 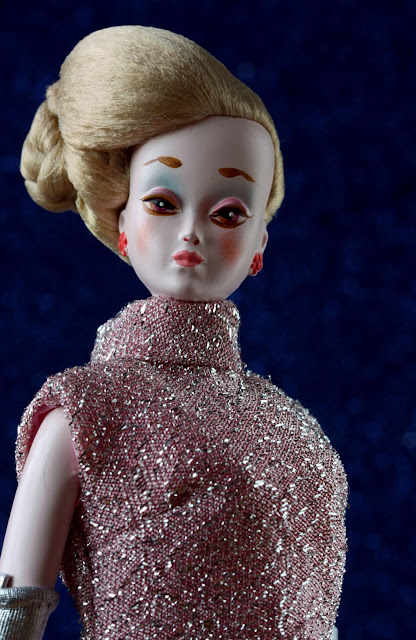 Posted by Ernesto at 7:37 PM No comments:

The books describe him as an affable king, just and faithful to his people. In war or in peace, he gave his all. To this day the children of the children of his children revere him. His name was King Tatum. 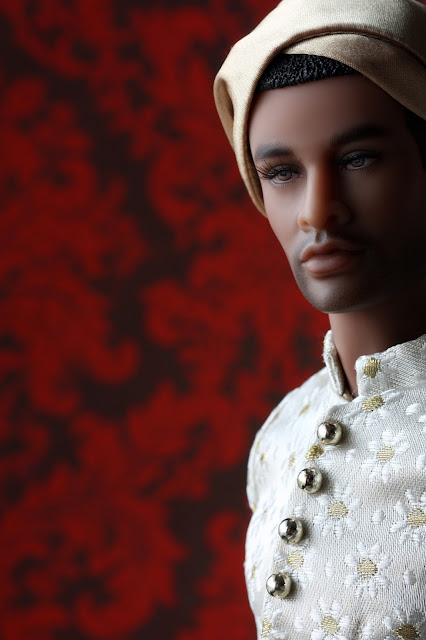 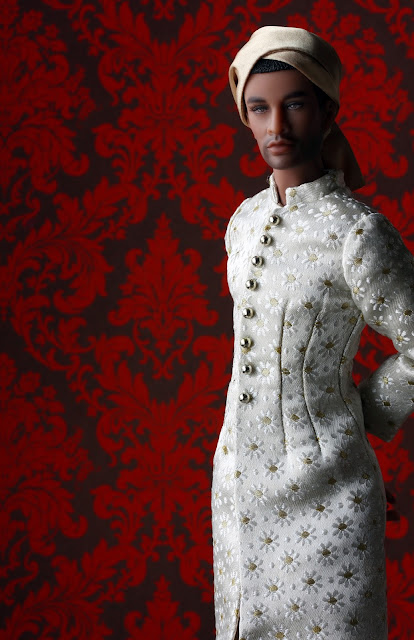 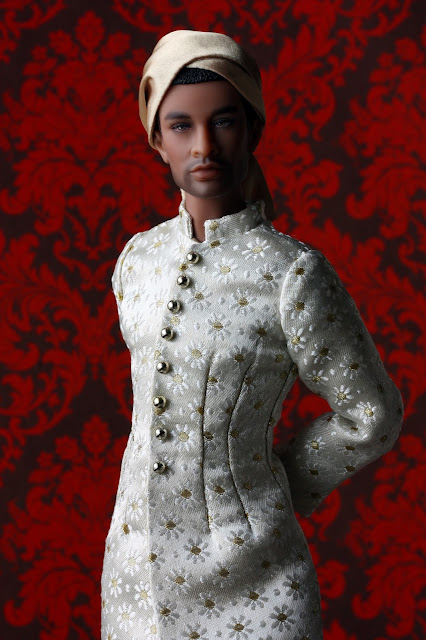 Behind the Scenes at the Making of Séverine's First Ad

By now most fans of Julian Kalinowski's Séverine doll have learned that her very first advertisement appears in the fall issue of Haute Doll magazine.

The process for making the ad was a madcap adventure! Loosely based on one of Mr. Kalinowski's favorite still images from the Jean-Luc Goddard film Weekend, Séverine's version had beauty first and foremost in mind. Yet, dramatic tension abounds in this black and white glamour fest.

The locale was selected for it starkness. A desolate ravine of parched grasses and treacherous rocks proved to be perfect foil for the richness of the couture designed by Liz Cole for Retros, Tania Lawrence, and Rosina Haskell.

Dolldom's photographer's risked their lives to shoot the landscape scene that features two vintage Irwin cars made for Mattel's Barbie doll: an Austin-Healey and a Mercedes. How they've ended up down this ravine will forever be a secret. Suffice it to say that Séverine, Miss Sévinyl, and Liz Lee's Rachel all had a grand time hamming it up for the cameras.

Follow the making of this ad with this exclusive behind-the-scenes peek! 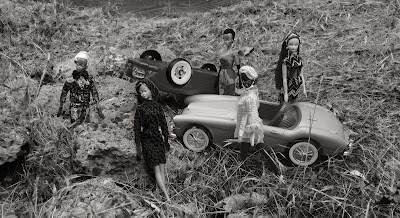 The image selected for the ad features three Séverine dolls and prototypes of Miss Sévinyl and Rachel. 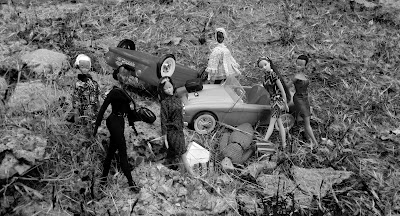 A second image was discarded due to its more graphic nature and the mindless destruction of expensive Louis Vuitton-like luggage. 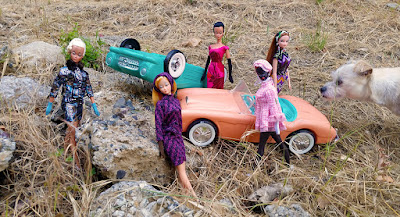 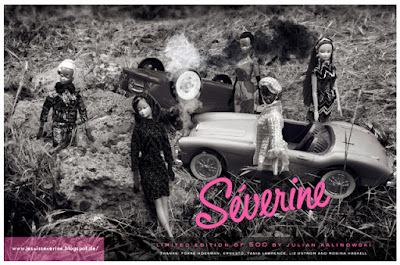