The Stone Age gave way to The Bronze Age. As 2016 begins, changes rock the quintessentially classic Barbie Fashion Model Collection, made of Silkstone.

Evolution is the name of the game in the world of fashion dolls too and as lines begin to stagnate, designers go back to the drawing board to see where improvements may be made in order to keep a beloved character fresh and relevant. The Barbie doll is the ultimate example of this constant self-actualization. But at Mattel, home of the Barbie doll, changes are sometimes unsettling and abrupt. Back in 1967, children were invited to abandon their 1965 and 1966 dolls in order to get the new and improved Twist-and-Turn model.

After fifteen years of designing the best that Mattel could create for the Barbie doll,  head designer of the Barbie Fashion Model Collection Robert Best introduces a new era of Silkstone dolls featuring more complex articulation than the six-points with which the lined debuted in 2000. The new BFMC dolls boast thirteen points of articulation promising the beloved vintage-inspired line to give the Barbie doll the ability to increase her posibing abilities. A big task to fulfill given the fact that the original dolls - although frozen at the elbows, wrists, and knees- were given sculptural bodies that evoked the movements and poses of the most iconic flesh and blood fashion models. A right hand that perfectly fell on the right hip now gives way to the promise of two hands on hips or of a hand that can hold a bag by twisting the wrist. 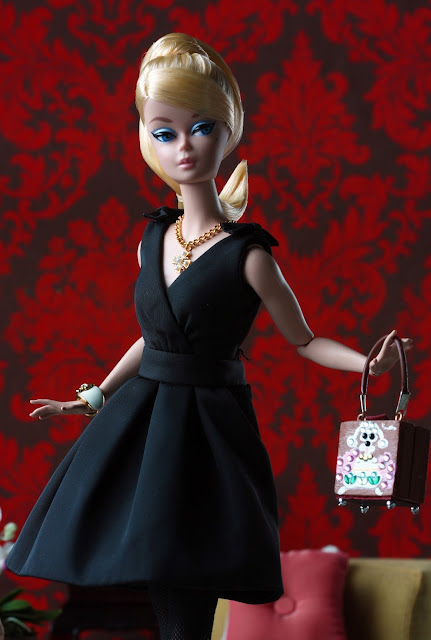 But this transformation has not been without growing pains. The first doll in the line, "Classic Black Dress", has been much examined on social media sites. Condemned by many for the rough seams and stubborn joints,  2016's BFMC  "Classic Black Dress" Barbie has ignited a veritable revolution but mostly for the wrong reasons. For not only has the articulation changed, so have the body dimensions. 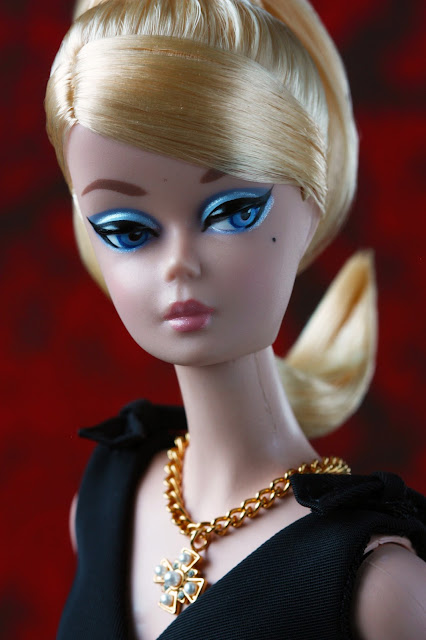 The sacrosanct and ever-so-elegant body that so ideally illustrated mid 20th century ideals of feminine beauty gives way to s slimmer physique. Slimmer as in a reduced bust line that challenges the proper fit of fashions designed on previous years. Will "Classic Black Dress" Barbie be able to fit in a legacy of gowns and suits? Yes, of course she will. But will these fit her properly? Not at all. The new body changed proportions and will now require its own line of fashions. 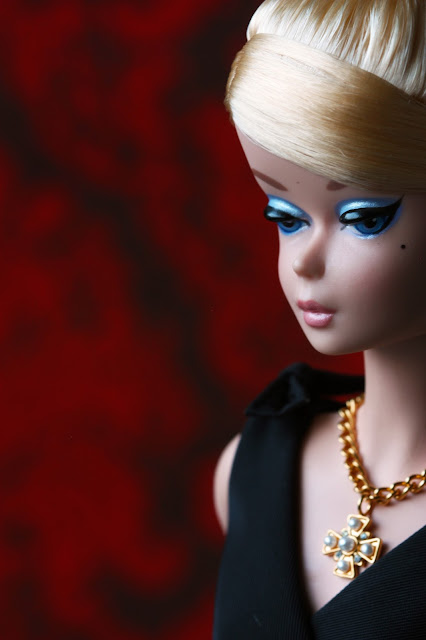 "Classic Black Dress" is a classic Barbie style. Is it BFMC style? Not necessarily. What it is is an invitation to play with a new concept. A thinner, less curvaceous doll that will usher a period of more youthful fashion designs for the line. Just look: Barbie is wearing a little black dress. But the dress is a mini. Instead of high heels, the doll wears tall boots. It's not difficult to anticipate what else will come from Mattel and Robert Best for this line. So it's time to say good-bye to the line as it debuted and to consider accepting the new look. 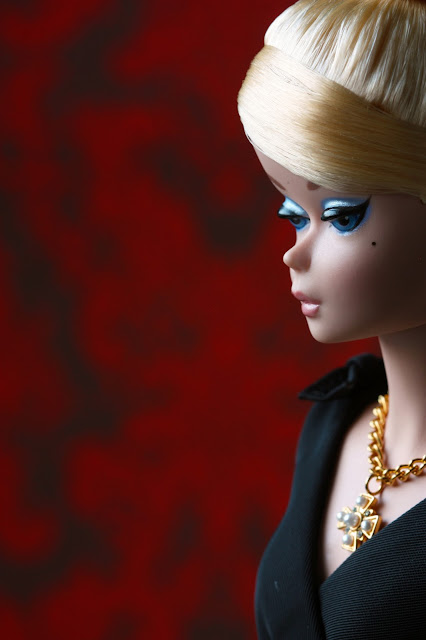 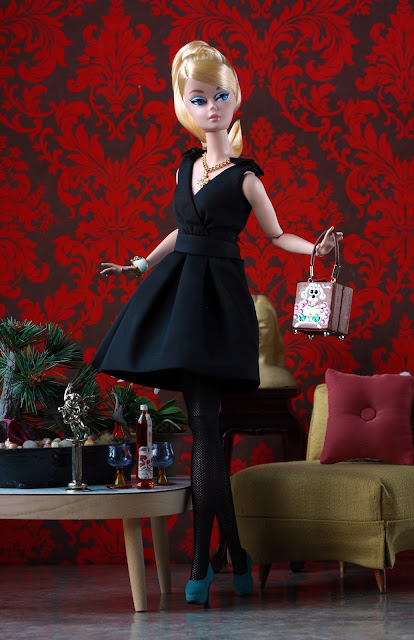 The doll is fun to redress and even begs the collector to do it. Wearing nothing but the dress and the boots, the doll comes alive with small touches such as black opera net stockings (that hide the unfinished knee joints), and a simple necklace and Chanel-inspired cuff from "Dusk to Dawn." The plastic boots will be great for wet weather fashions as for this dress nothing but platform pumps will suffice. The turquoise suedette pumps by e-Bay seller Paul Zhangby bring an unexpected touch of color and much needed finesse. And for that touch of whimsy - Barbie carries a reproduction Enid Collins purse made by the amazing Liz Retros for her Retros line. Little things mean a lot. 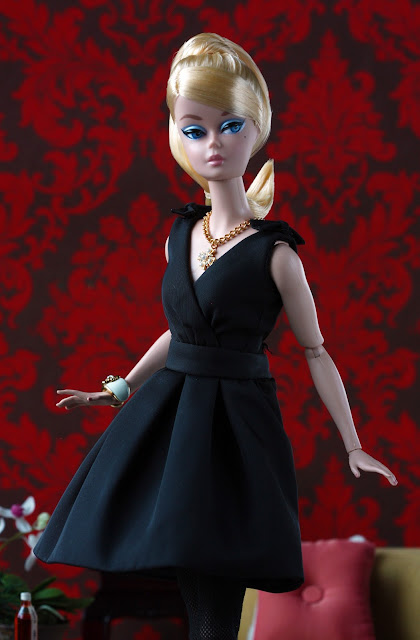 Dolldom looks forward to seeing where this new iteration of the Silkstone line goes. Hopefully, design and production issues will be addressed and maybe even both bodies will be offered in future years. As  it stands, the new BFMC is defiantly breaking away for its origins and proposing a new way to play with our beloved Barbie doll.
Posted by Ernesto at 9:17 PM