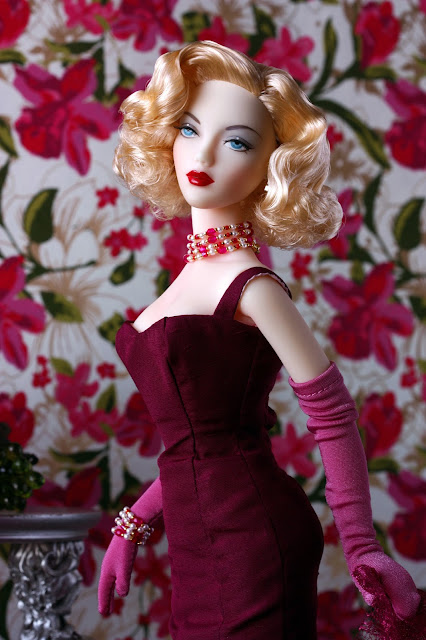 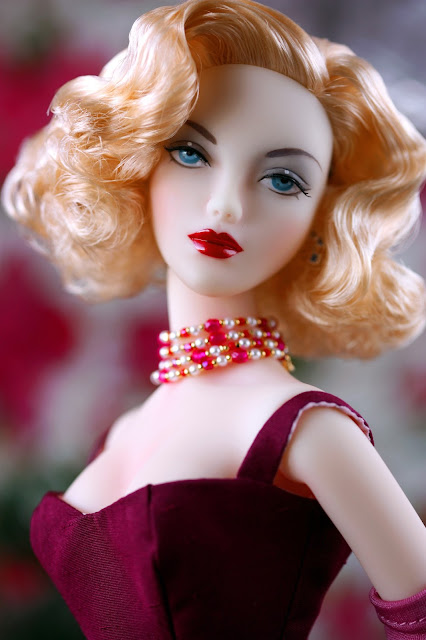 Mel Odom's grand lady of cinema, in her exquisite "Phoenix" iteration produced by JAMIEshow Dolls, models one of her most iconic looks from the Ashton-Drake period. 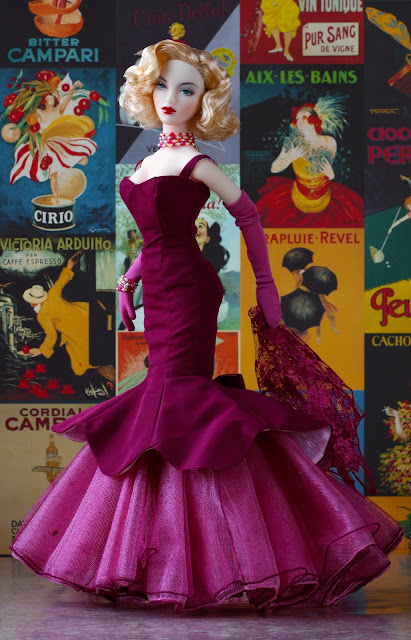 Designed by Dolly Cipolla, the circa 1957 gown is a tribute to floral beauty. 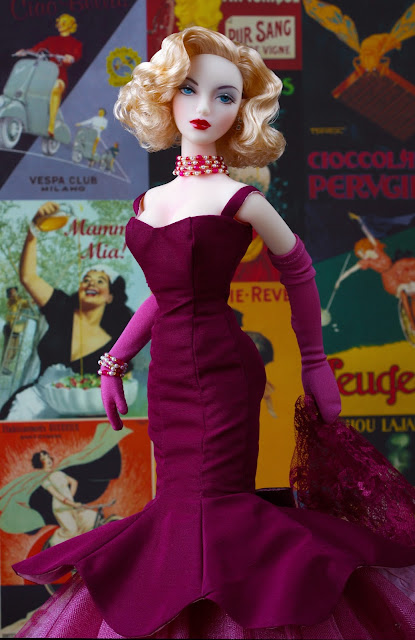 In a wig restyled by the magical Kathy Johnson and with jewelry by VJT Designs, Miss Marshall is the epitome of not-to-be-forgotten glamour. 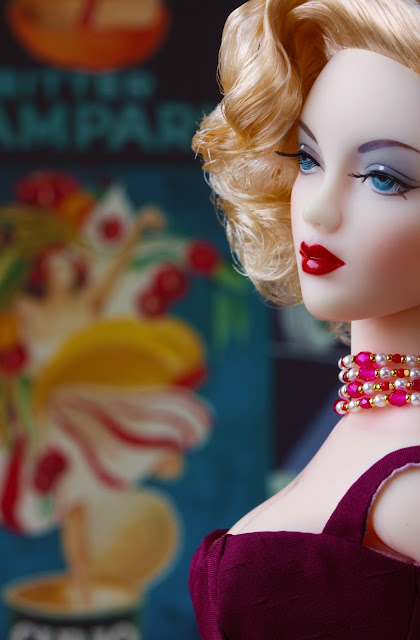 "New York City has always held a soft, sentimental spot in its worldly heart for Gene Marshall. After all, she was 'discovered' there working in a movie theater (which all the local point to with pride). Plus, her family is from Cos Cobb, Connecticut, and that's close enough for New Yorkers to consider Gene a hometown girl. So New York was thrilled when Gene came 'home' to film PERSONAL SECRETARY in Manhattan. All throughout shooting, the media kept anticipation at a fever-pitch with feature stories about Gene on-and-off camera. When the night of the premiere came, New Your City celebrated as only the Big Apple can. Massive spotlights swept the sky outside the same movie theater that Gene once worked as an usherette. The excitedly buzzing crowds were held back by velvet-roped stanchions, while mounted police stood by. A platinum silver limousine purred to a stop at the head of the red carpet, and out stepped Gene. She uncurled from the shadowy limo like a sleek, curvaceous feline, wearing a sultry mermaid gown of rich Dubonnet wine that lovingly graced every contour. Her platinum hair shone like sterling silver in the flashbulbs, and her acclaimed smile was as dazzling as her jewelry. With hundreds of fans cheering her. Mom and Dad in the front row, and lavish bouquets in her hotel suite form four well-known leading men... this night was unforgettable for both Gene and New York City."