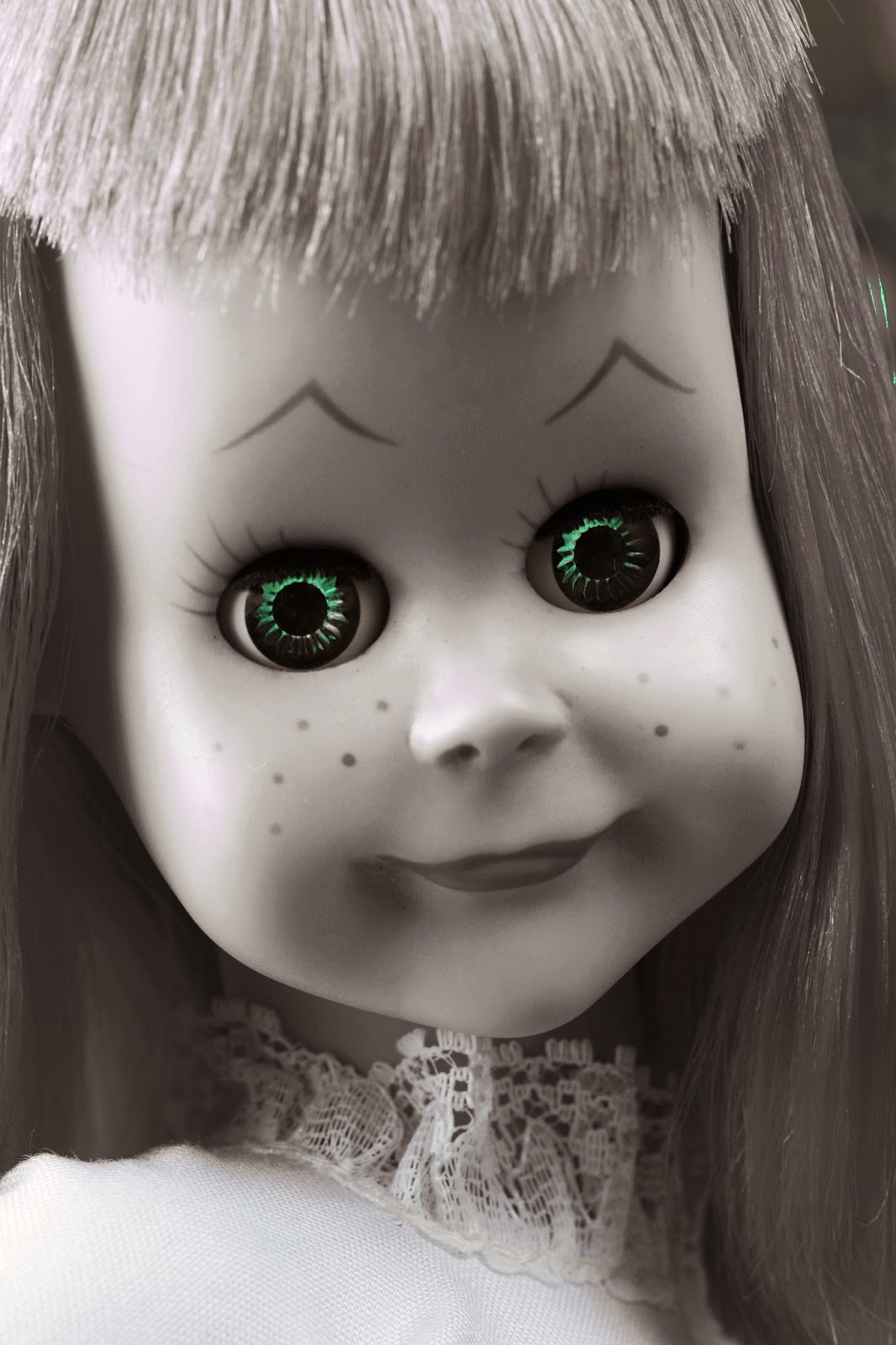 Vogue Doll Company of Medford, Massachusetts offered this most unique babe in 1959 in an impressive 22-inch size. Born in Italy as a Bonomi doll, Brikette sold in the USA as a licensed copy. With her "Orange Crush" blunt cut and green-as-chlorophyll flirtatious gaze, Brikette jumped into the scene to wonder and bewilder many a child. For who could resist her charms?

In 1960, Vogue issued a 16" version which Dolldom profiles in its tribute to the joys of this back-to-school time of the year. As children prepare for another year of fun academic endeavors, many of them demanding historical (and some may say hysterical) research, Dolldom also offers important information about Brikette's past.

For in 1963, Brikette was cast as Talky Tina in the Season Five, Episode Six ( titled "Living Doll") of the iconic TV show The Twilight Zone.

Let's watch Brikette as she acts her way to infamy. Now, Dolldom would like to do a bit of revisionism and propose that instead of being a scary, murderous doll, Talky Tina was simply a doll that had the guts to say no to a bully. Not a bad message to impart!


All conflicts aside, Brikette remains an unforgettable doll with great fashion aspirations as the following publicity and advertising photos prove. 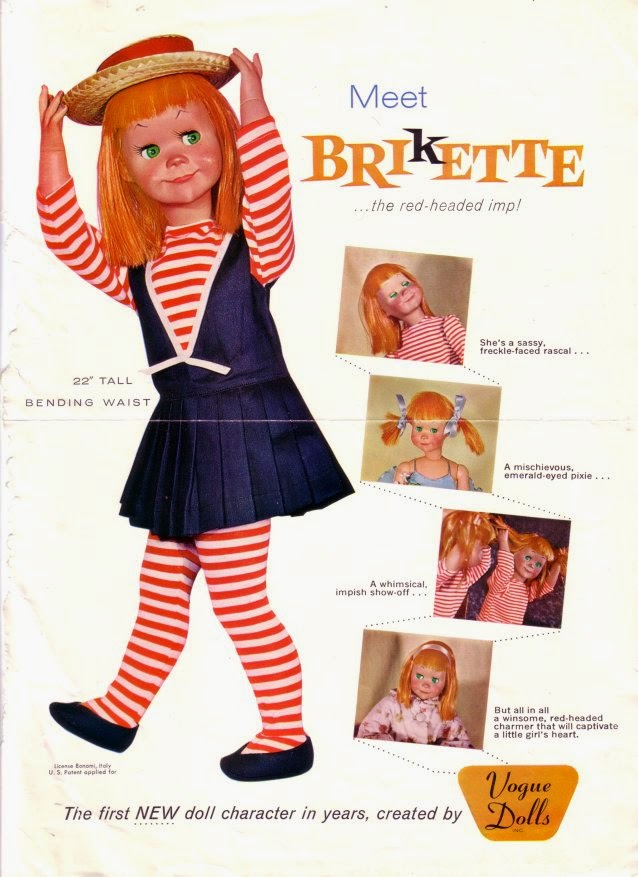 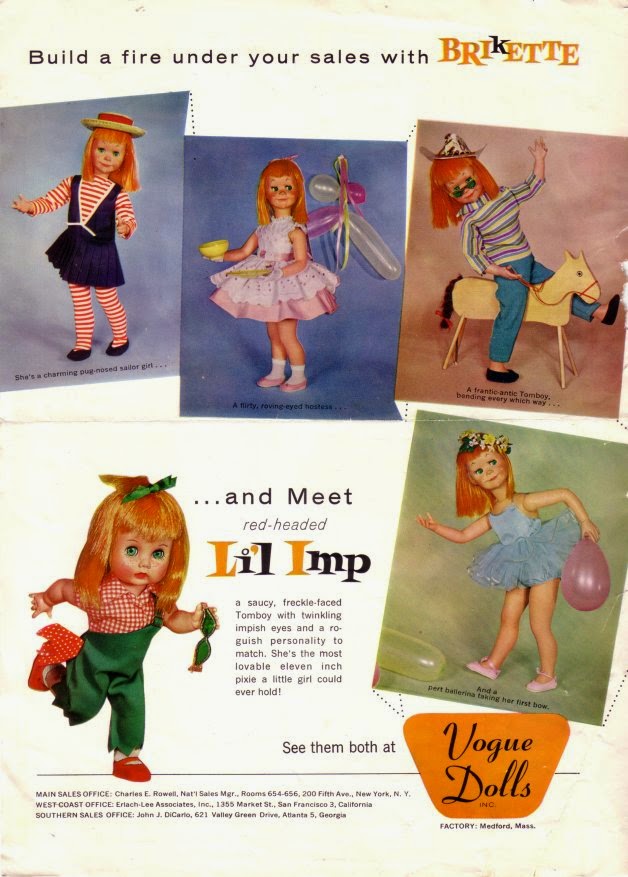 Dolldom's exclusive portfolio features a 16-inch Brikette in her original fashion as well as with an alternate skirt and blouse set, perhaps made for another doll, but that offers our "impish show-off" a second style in which to bring joy to any household. 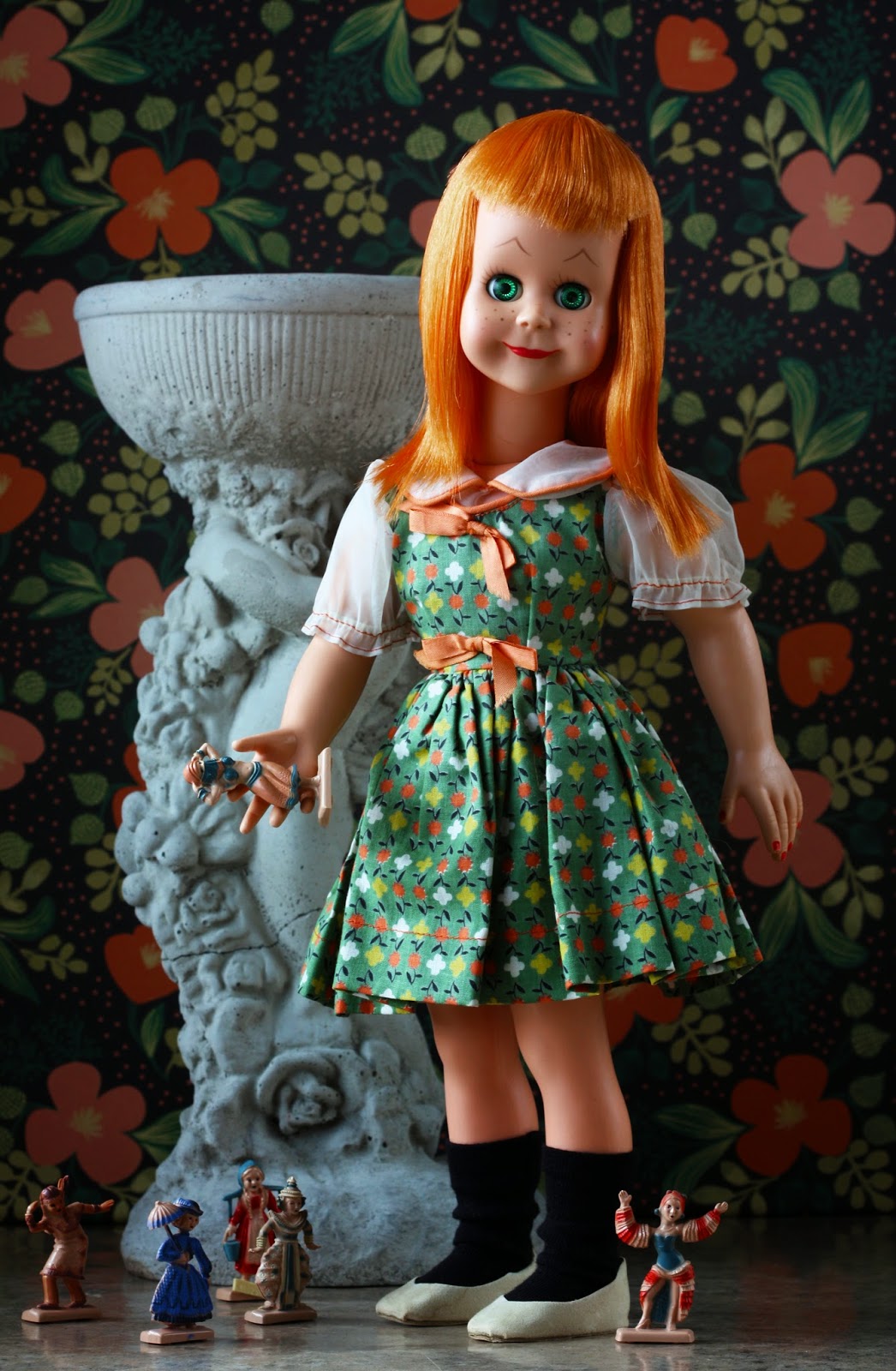 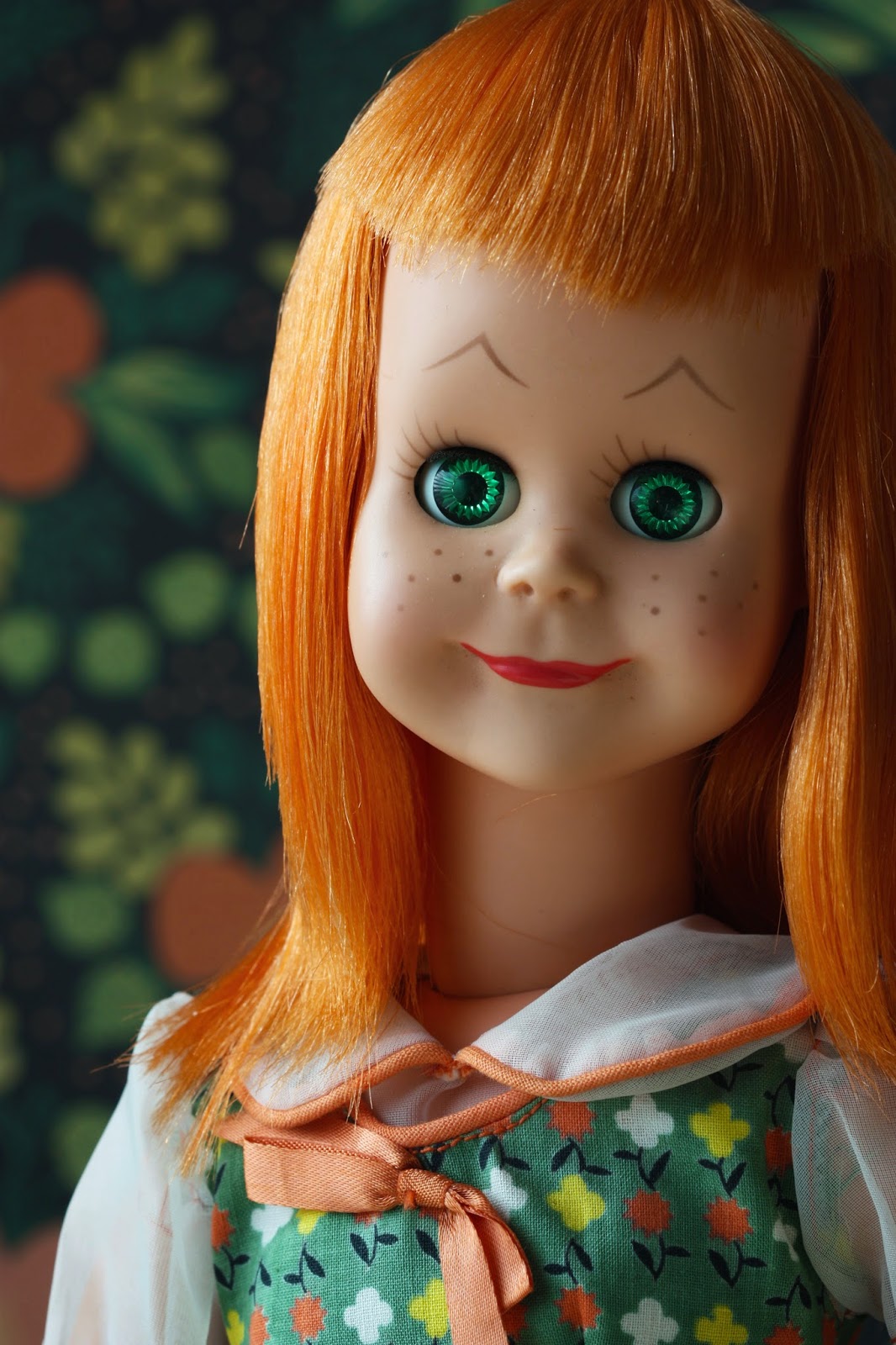 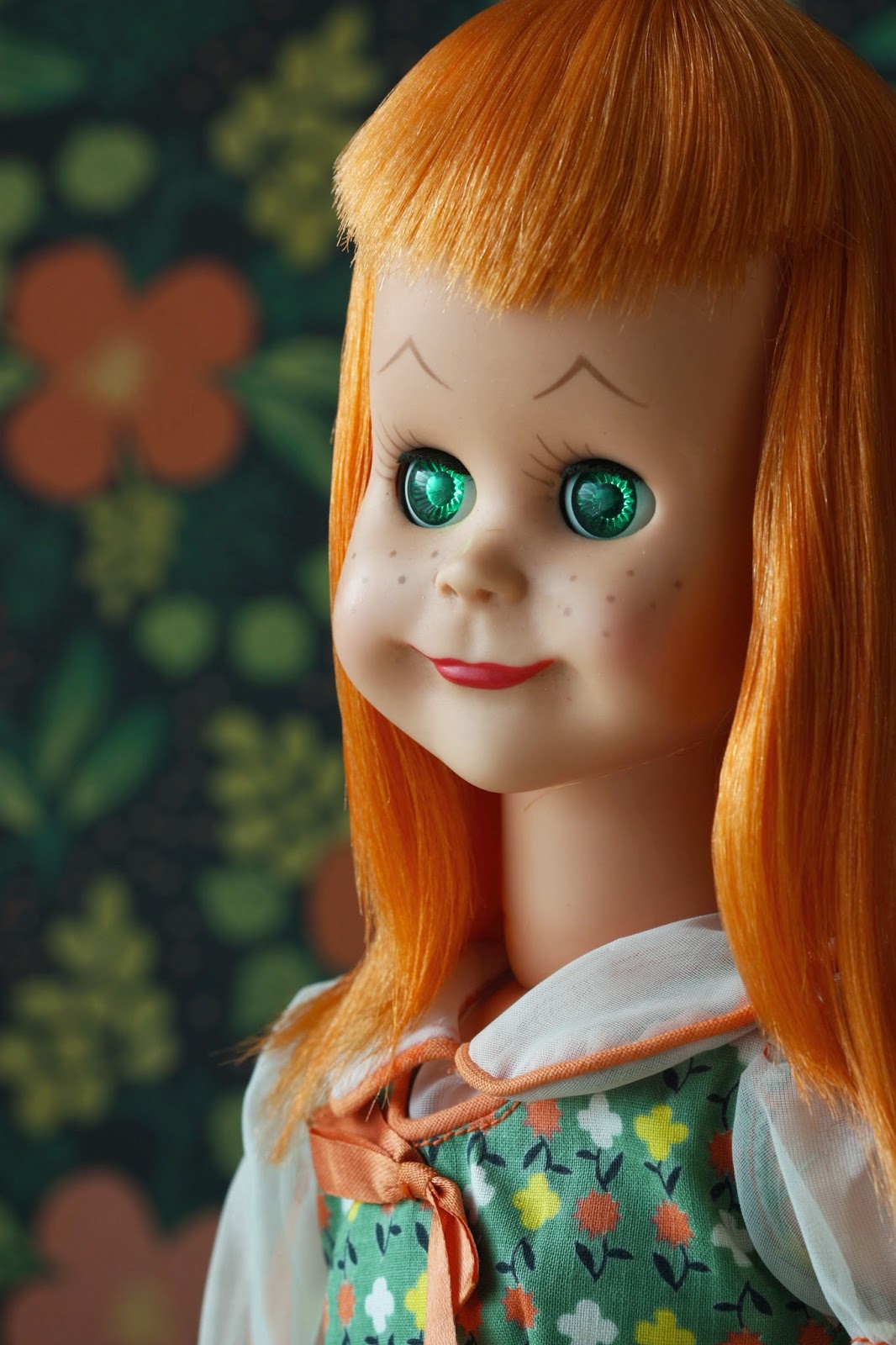 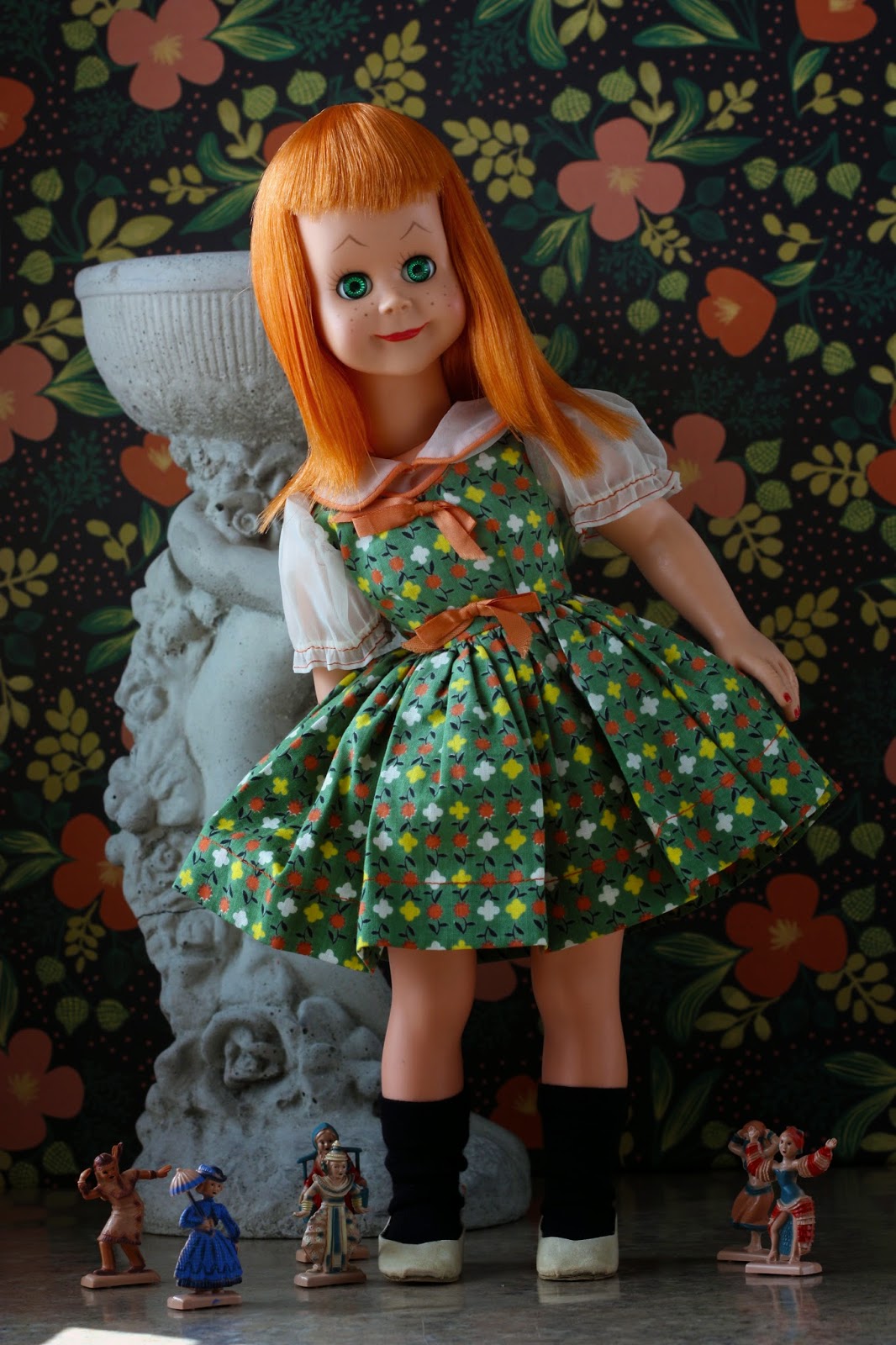 Brikette's swivel waist allows her to dance happily in the garden. 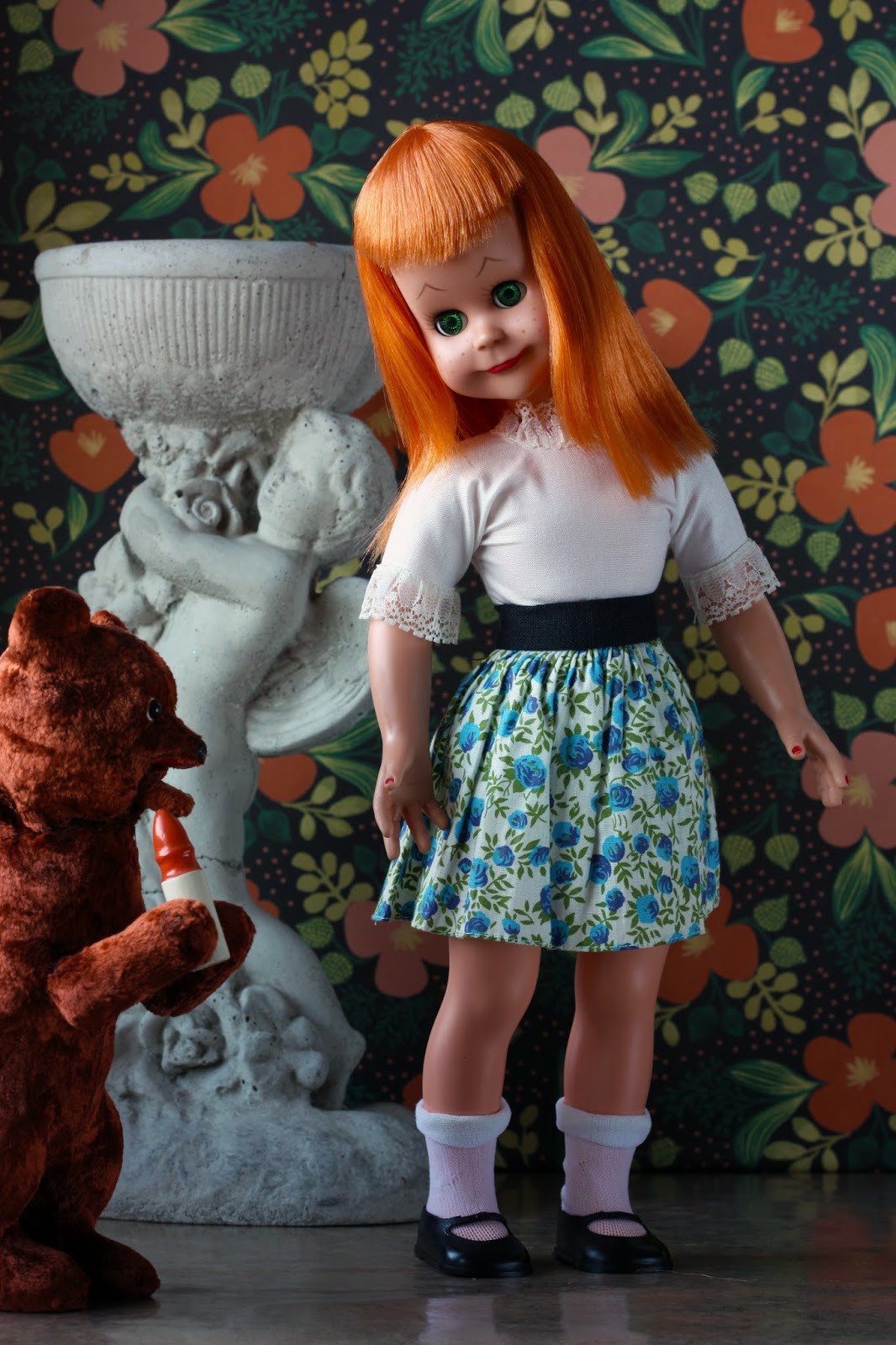 "Hello, Brikette, I'm a wind-up bear made in the Soviet Union!" "Hello, there comrade bear!" 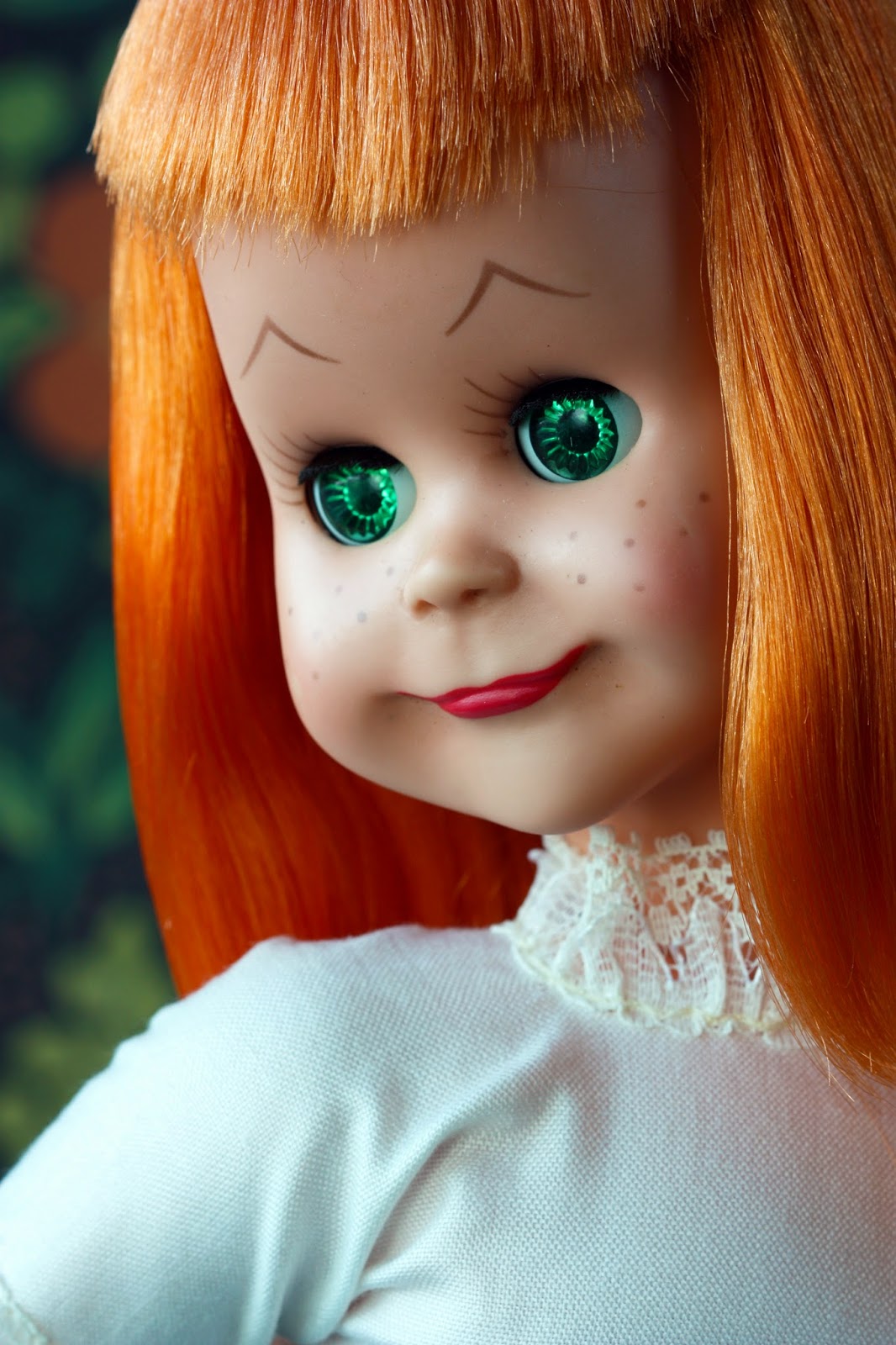 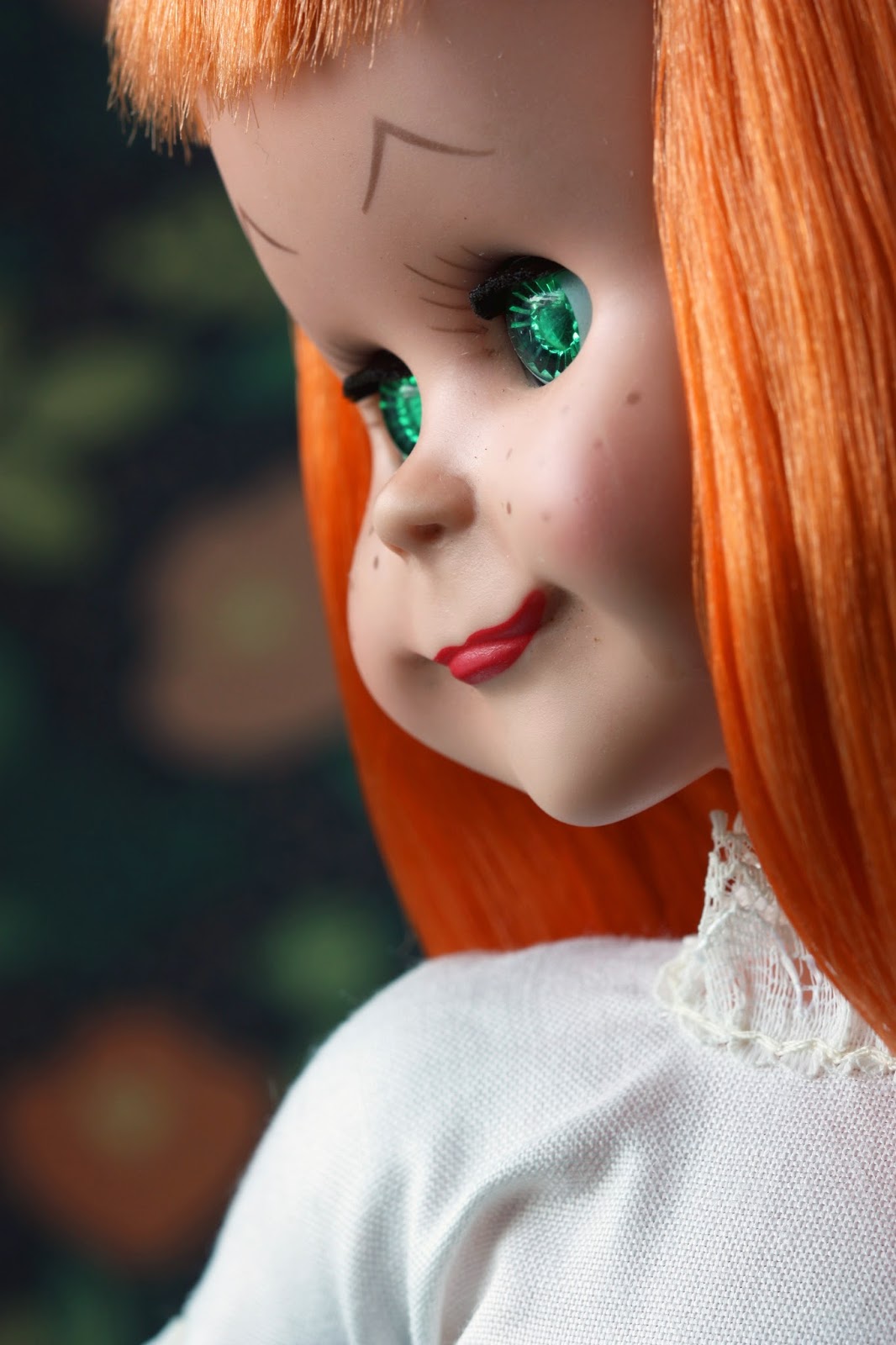 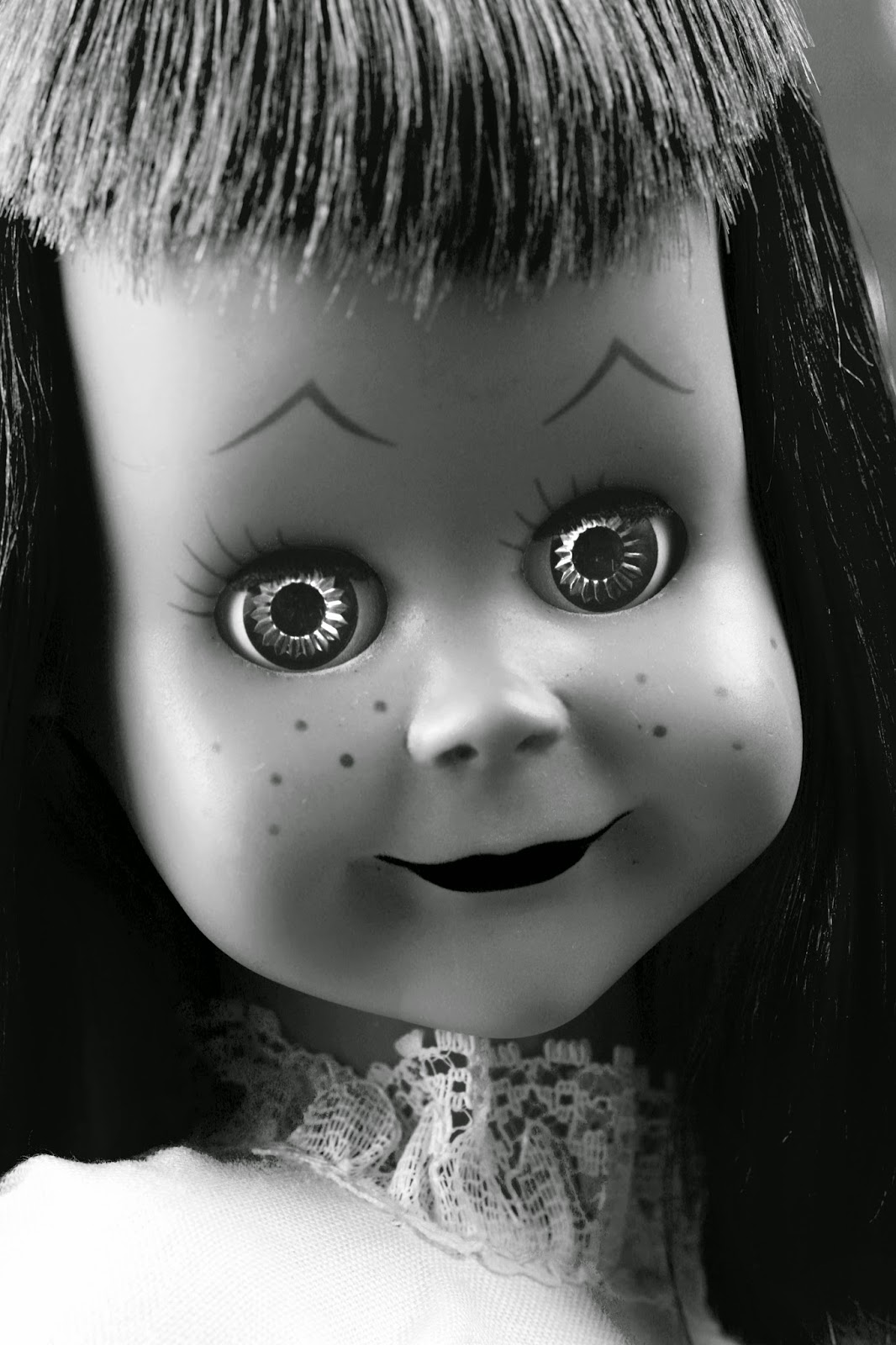