So What?
Chrome yellow blonde Sable wears a marabou peignoir by Debbie Farne Sang to fetch herself a Pop-Tart and a glass of bubbly. 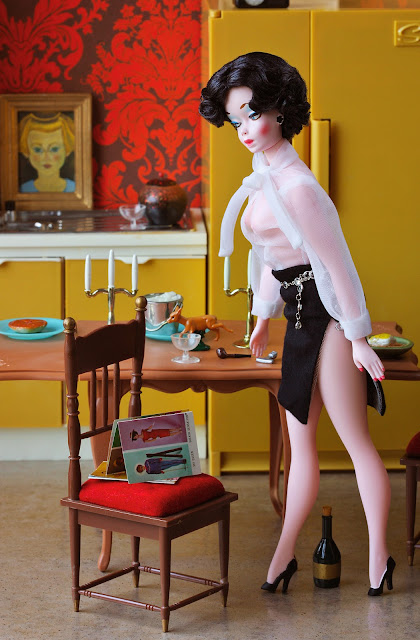 Maybe This Time
Stella ponders if her special guest will come finally in a see-through blouse and black velveteen skirt by Liz Cole for Retros. Swarovski crystal belt by Joy Jarred. 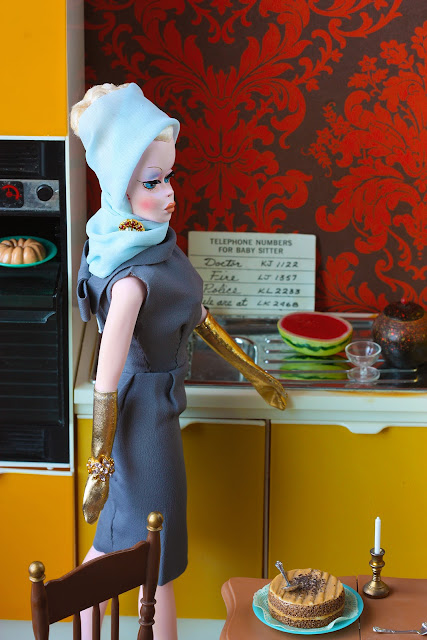 Don’t Tell Mama
A platinum Sylvain leaves a tempting caramel cake on the table before going out in a sheath by Liz Cole for Retros. Gold gloves and scarf by Rosina Haskell. 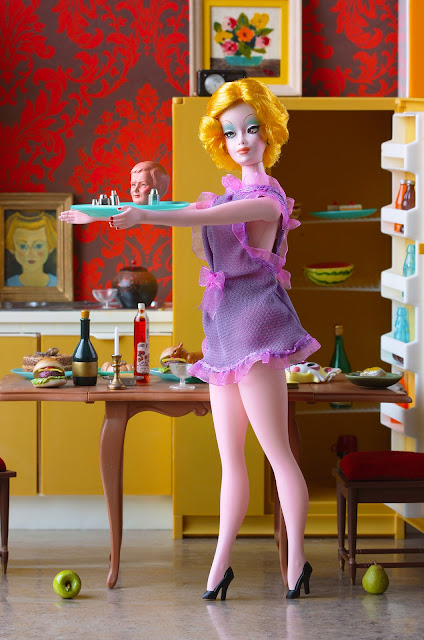 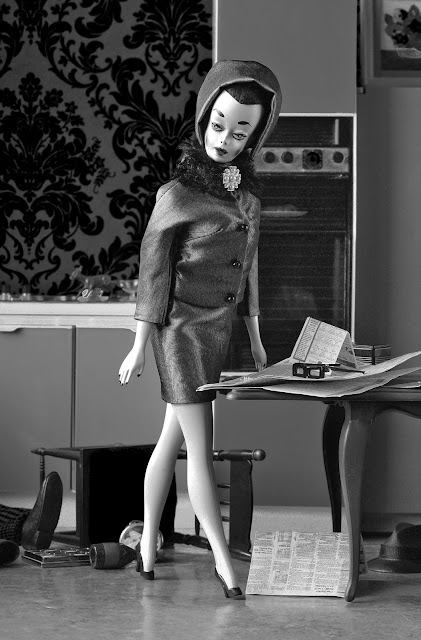 Tomorrow Belongs to Me
Raven haired Stella plans an impromptu getaway in a Tania Lawrence suit with faux fur collar and matching hood. 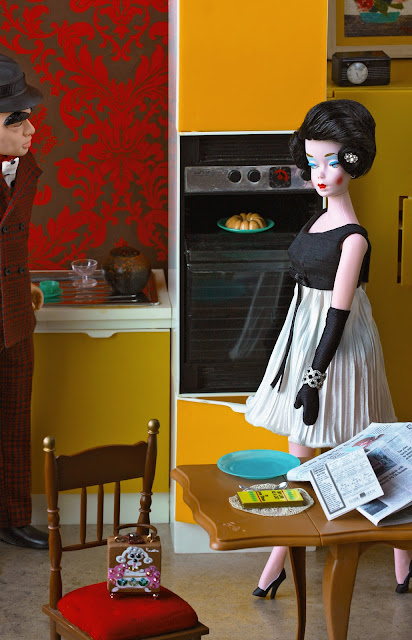 It Couldn’t Please Me More
Stella, in her signature side part bubble cut, checks her coconut flan for doneness in a flirty mini dress by Clare Duncan. 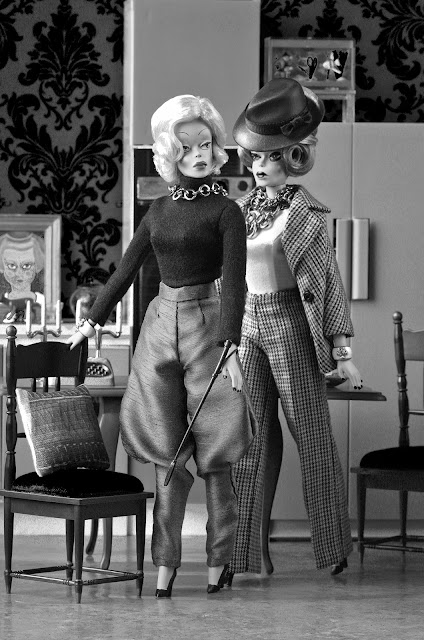 Two Ladies
Before riding her steed, equestrienne Sylvain has a word with her well-suited twin sister. Jodhpurs by Tania Lawrence. Suit by Rosina Haskell. 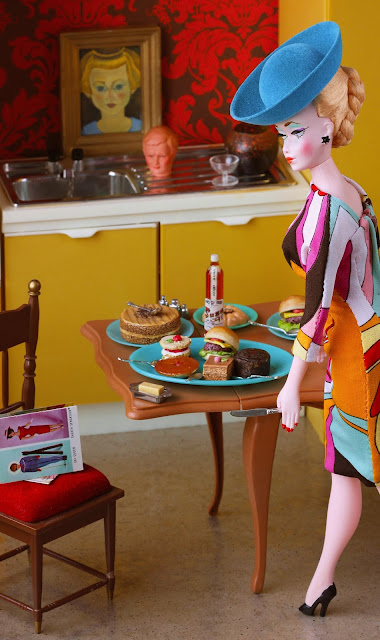