Yesterday, Saturday, October 19, was Gay Carrington's birthday. To mark the event, Dolldom surprised Miss Carrington with an impromptu cocktail gathering of some of her Hollywood friends.
Miss Carrington, who has been busy with shoots, was not planning nor expecting any celebrations. 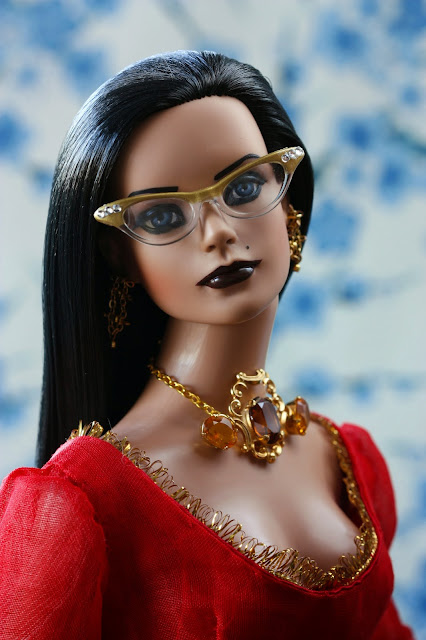 "I just went out and got myself some pretty things: a new pair glasses and a gorgeous necklace. All in gold - exquisite substance in which my weight is worth."

As Miss Carrington came out of make-up, ready to shoot a highly dramatic scene for a still secret project, a resounding and harmonious "Happy Gay Day!" erupted from behind the Klieg lights. 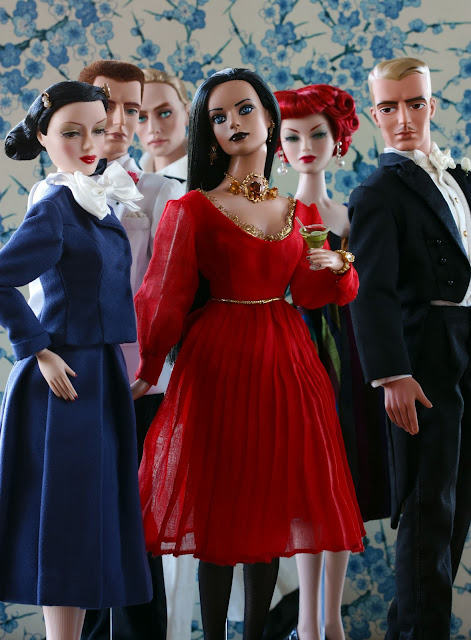 And then it was time for gift giving!

The Osborne Twins, who were Gay's childhood neighbors and her first adolescent crush, gifted the gifted actress with a vintage Bakelite cherry set. Gay was elated to have her cherries back, as she had lost them in one of her many moves across the country. Gay toasted the romantic gesture with a double Manhattan. 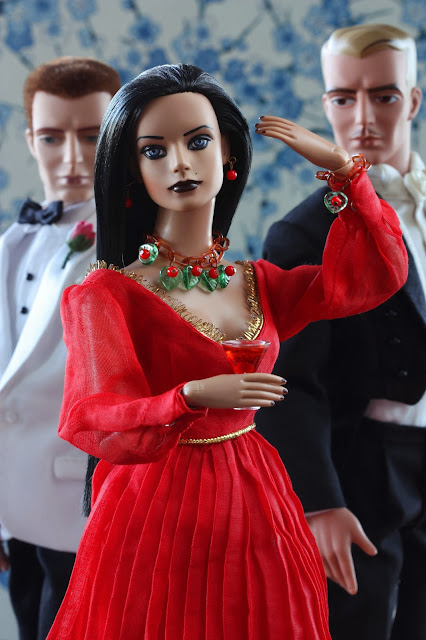 Madra and Madge presented Gay with a très luxe set dripping with gold beads and Colombian emeralds, and a glass of Veuve de Clicquot. 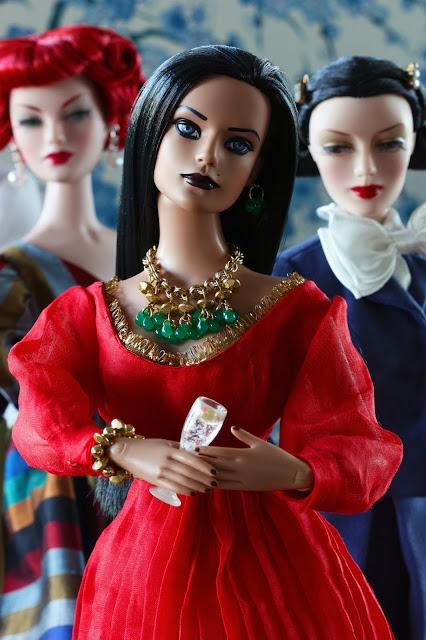 Yet, the finest moment came when the sailor escort pulled out a black velvet box. A long time Gay fan, Madra's sailor escort explained is a most humble voice that he had really wanted to give Gay a pearl necklace, but Madra insisted on keeping that special offering. Nonetheless, le bling that the handsome lad chose for Miss Carrington was truly magnificent - a diamond and citrine set that sparkled like the most magical feux d'artifice. 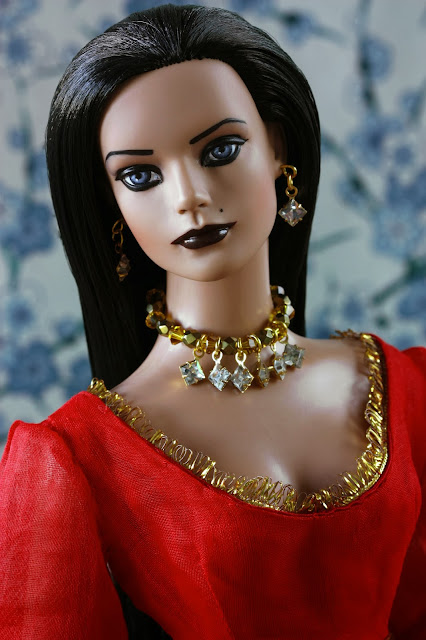 Gay was touched, yet she saved her tears for the upcoming dramatic scene still to be filmed.

The gentlemen - who called themselves The Gay Boys - begged to stay behind and watch as Miss Carrington emoted for the camera. With such a special audience, the solo scene only took a take, so the happy quartet left together to continue to enjoy the evening in some of the funnest spots in West Hollywood. 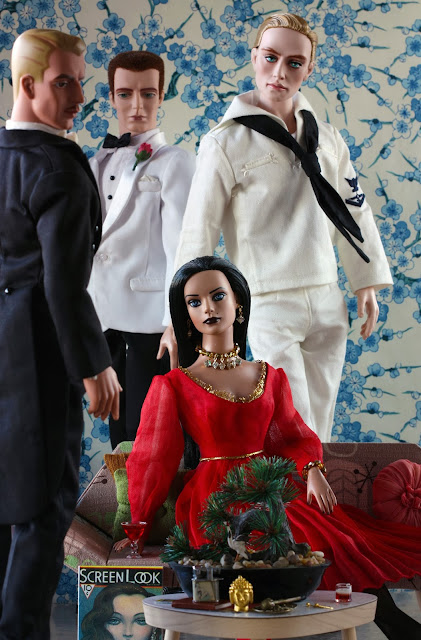 Fashion and jewelry credits:
Red dress by Liz Cole for Retros.
Gold and precious stone necklace in the first photo by Joy Jarred.
Bakelite cherry, gold and emerald, and diamond and citirine sets by Straycat Jewelry.