What if travel back in time were possible? Triumphant voyagers would visit any selected moment in the past and partake of its zeitgeist, maybe even going along (very much tongue-in-cheek) with the rules and mores, knowing too well how society will change for the best or maybe how it will devolve for the worst. But then again, it's nothing but a séjour, one from which it's possible to return.

Fashion, in its constant push to renovate and reinvent, is always in movement, revisiting past decades (rather anachronistically) with its poetic evocations of time, place, and mind space. For what was exquisite in the 1920s is still today - infused with current dreams, hopes and fears. 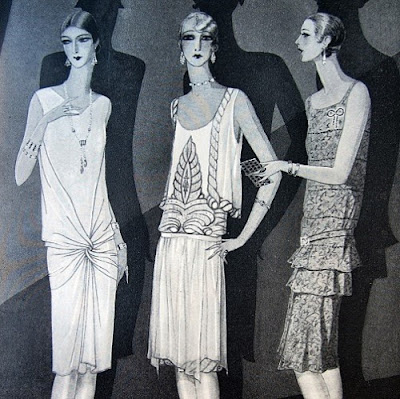 Back in May 1927, Paris was in love with these evening designs by Vionnet, Lanvin and Chanel. 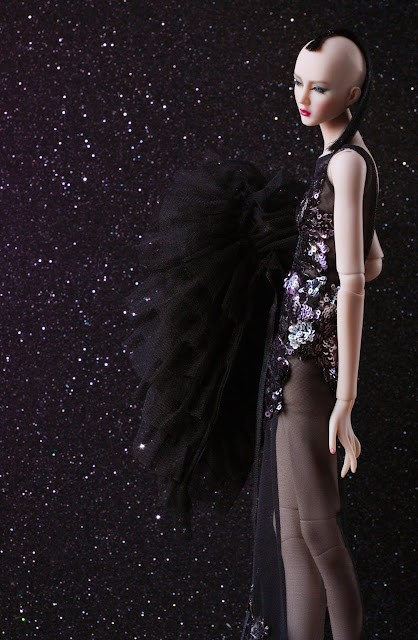 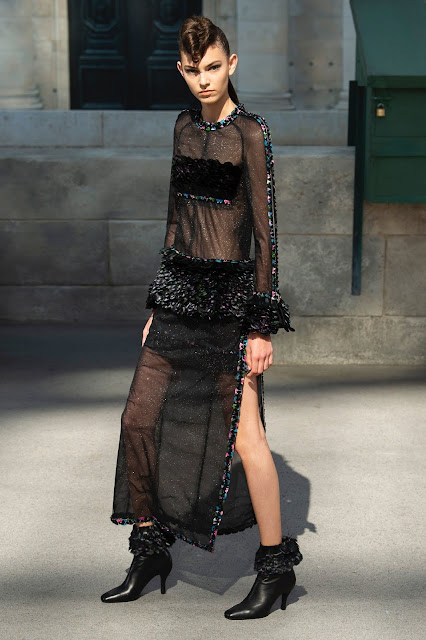 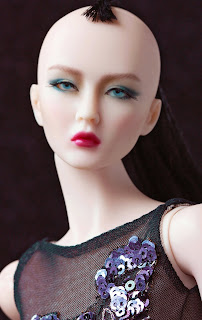 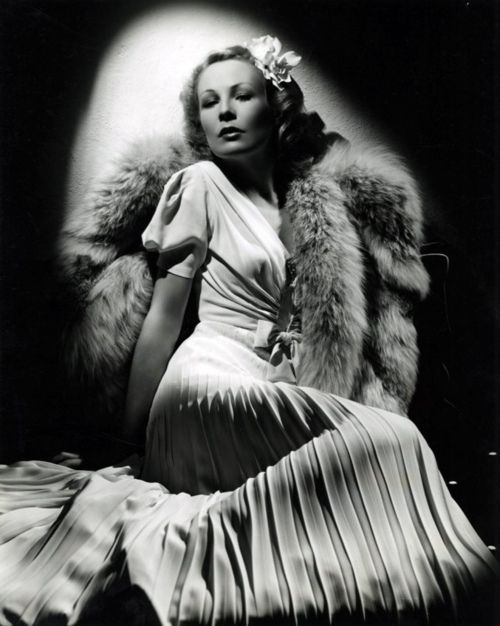 Actress Wendy Barrie in a 1937 photo by George Hurrell. It's all about draping the fabric. And the unfortunate use of animal fur. 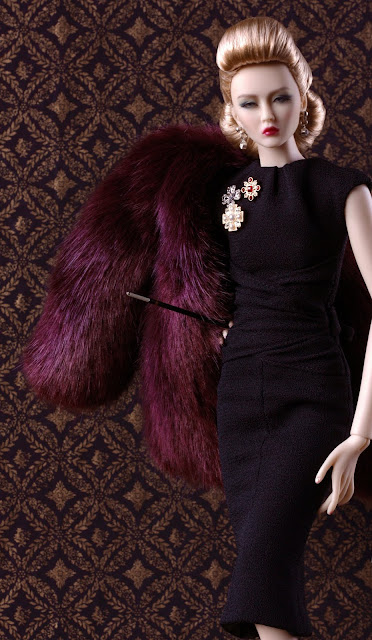 V'Jhon's Molly Hayward updates the style in an Ilaria Mazzoni wig for Time of Doll, an Integrity Toy's dress for Mel Odom's Rich Girl Madra Lord, and a faux fur jacket by the now defunct RDGdoll. 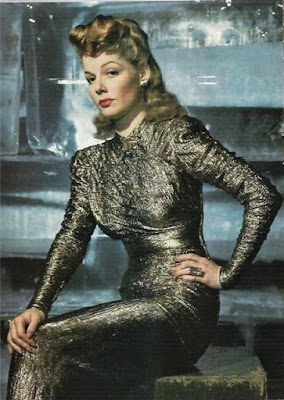 Actress Ann Sheridan in another photo by the grand George Hurrell, circa 1947. 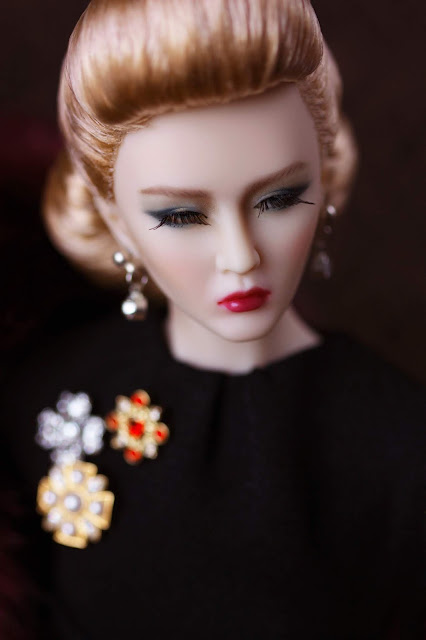 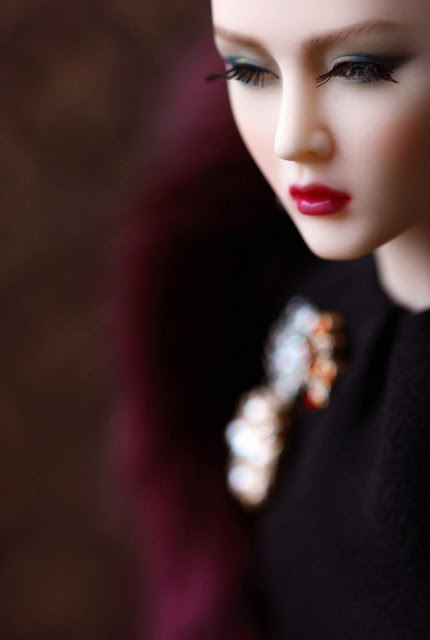 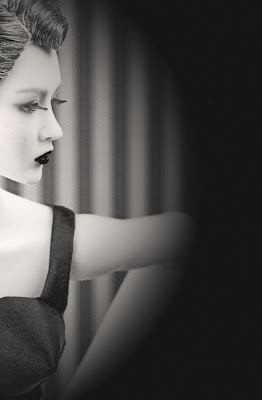 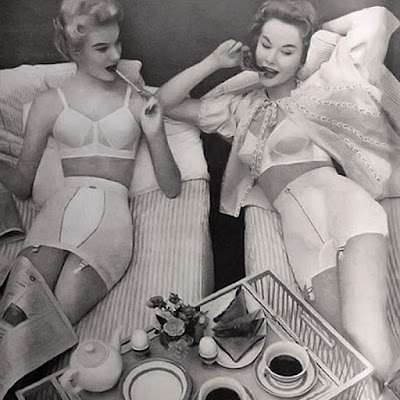 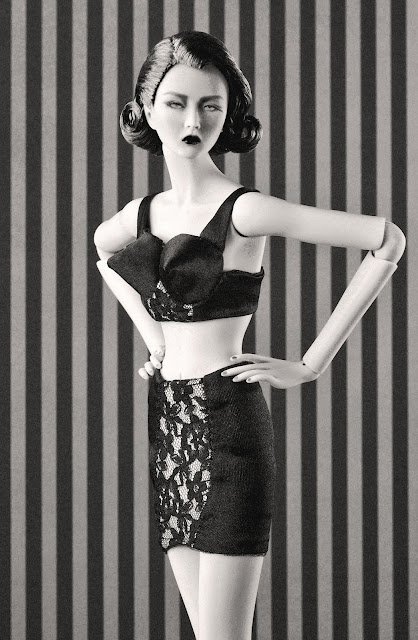 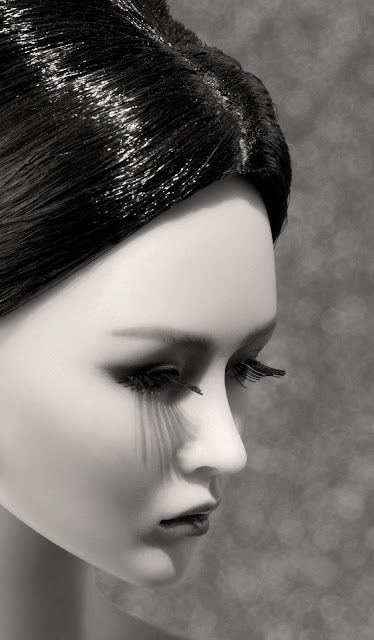 Beehive, do we see? 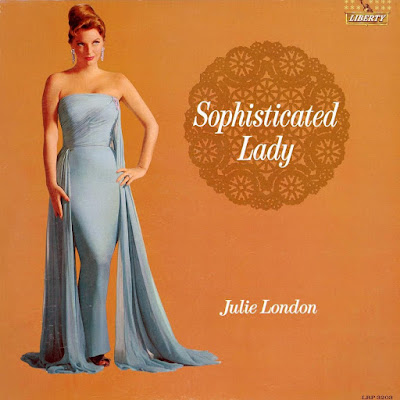 Mid-century fantasy. For the cover of her album, singer Julie London goes all out in a poured-on-her-body baby blue number. 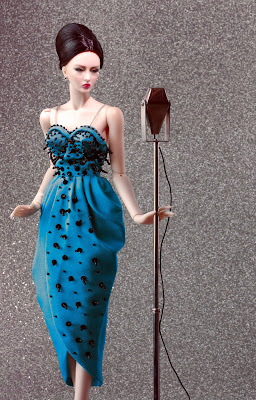 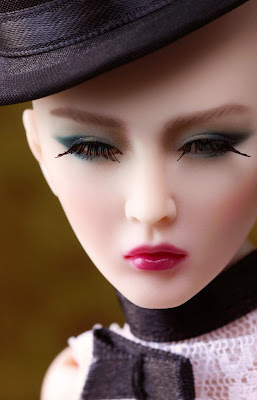 But, when are we now? 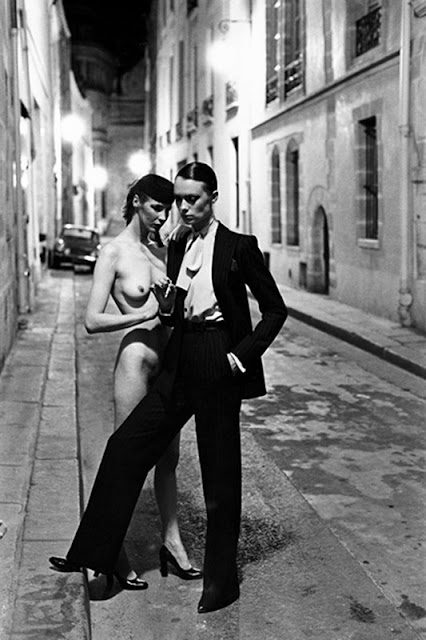 We're in 1975. And it's all about Yves Saint Laurent, French Vogue, and Rue Aubriot in Paris.  Helmut Newton takes the photo and the worlds of art and fashion will never be the same. 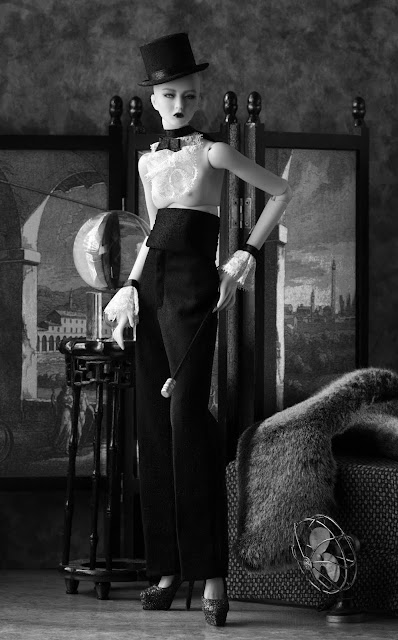 Molly melds the essence of both models by donning a pair of tuxedo pants and a lace dickey with matching poignets. Top hat by Peggy Feltrope. 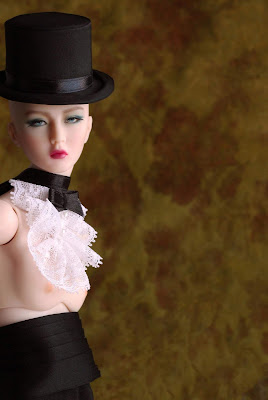 Time does not stop... 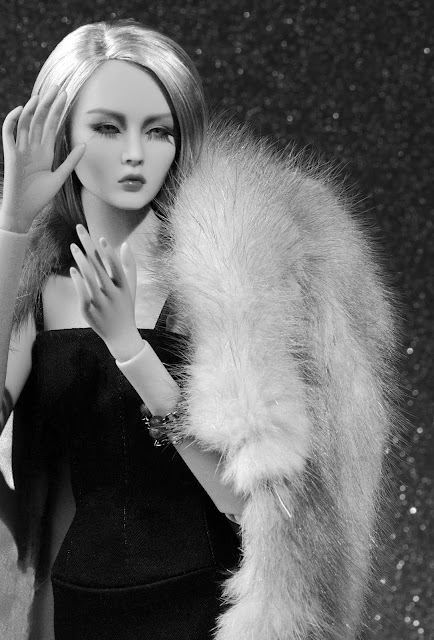 An open palm helps one take cover. A paparazzo is on the prowl. The cult of celebrity is in full force. 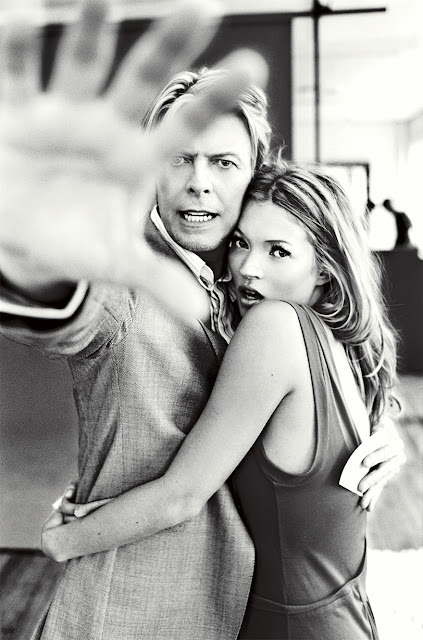 David Bowie and Kate Moss ham it up  for Ellen von Unwerth's camera in this photo for the October 2003 issue of Q magazine. 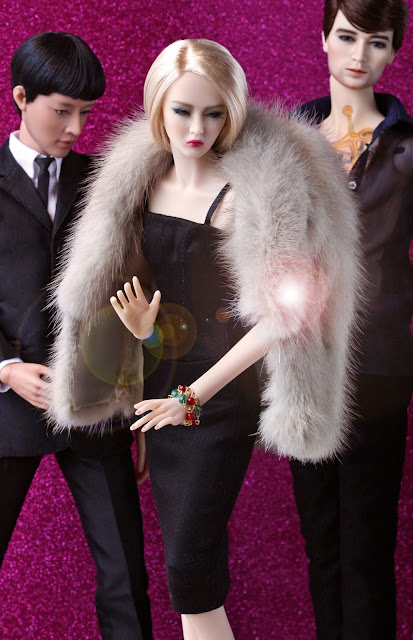 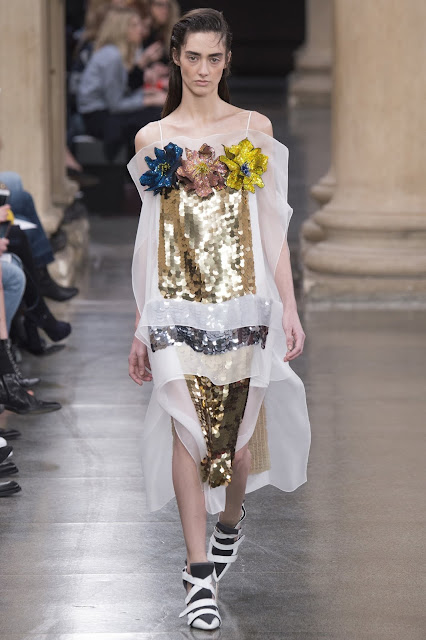 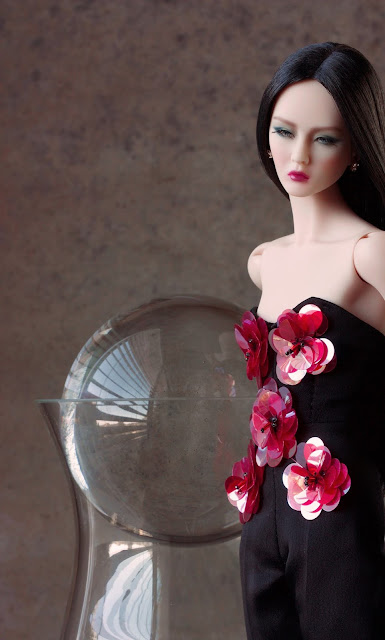 V.Jhon's 2017 version for his muse Molly Hayward mirrors the current trend but on a well-fitted black silk jumpsuit. 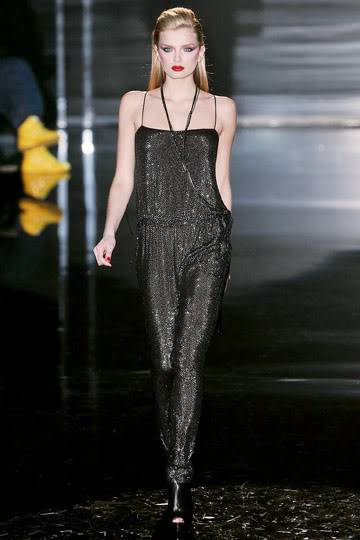 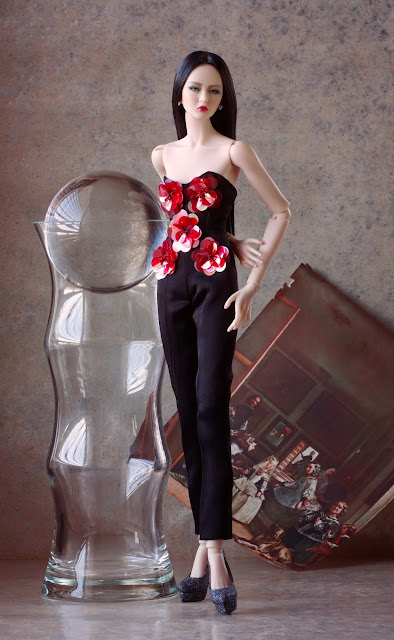 V.Jhon is a master - the minimal meets the maximal. Exquisite pairing of extremes. Hair by Chewin. 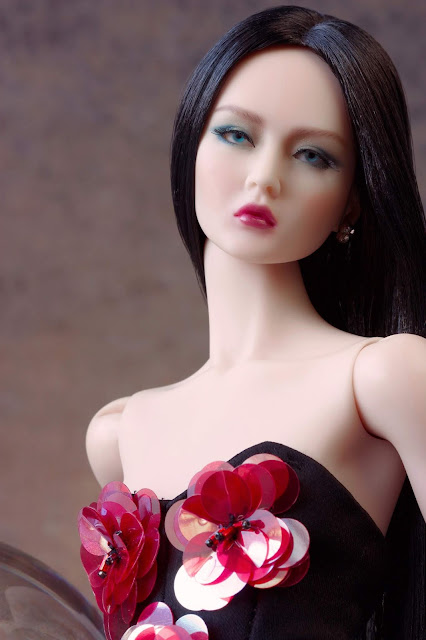 For more on V.Jhon's couture and exclusive models, visit his exciting boutique.
Posted by Ernesto at 8:37 AM