Much has been written about Alfred Hitchcock's obsession with the blonde actresses who starred in many of his films: Grace Kelly, Kim Novack, Janet Leigh, Eva Marie Saint, Tippi Hedren...all of them were meant to exemplify mysterious sophistication via their hair shade.  The result: a body of work integral to the history of cinema populated by blonde characters. We at Dolldom dare to ask: was it all due to unresolved childhood issues and untreated misogyny? You be the judge. 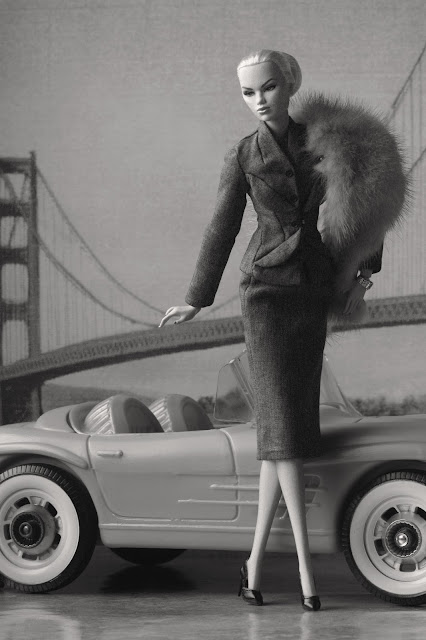 Who plays the cliched blonde in this recreation? Well, there's even more drama to this story.

"Making an Entrance Karolyn Stone" was to many the disappointing NuFace doll given out at the Long Beach Cinematic Integrity Convention as the convention doll, a spot usually given to Agnes Von Weiss dressed in a Jason Wu original. As a result of this daring company move, the new character in the line, dressed in what could be summed up as a most geometric black gown with protective face mask, became almost immediately persona non grata for her wide face, high forehead, and hairstyle. 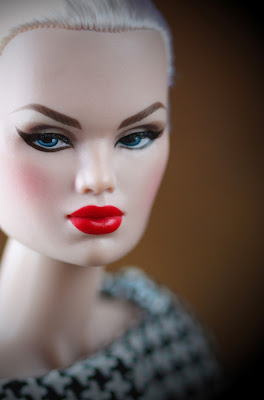 But her wide face (a mesaure of her generosity of spirit) , high forehead (clear metaphor for intelligence) , and hairstyle (simple, no fuss) were, in essence, the features that Dolldom's editors saw in Miss Stone as pluses, not negatives. Behold a quintessential Integrity Toys' character sculpt (translation: not an idealized beauty) with a to-scale chignon, one whose style allows her the flexibility to model both contemporary as well as vintage fashions. In short, the perfect doll to bring forth a new era of blonde heroines. 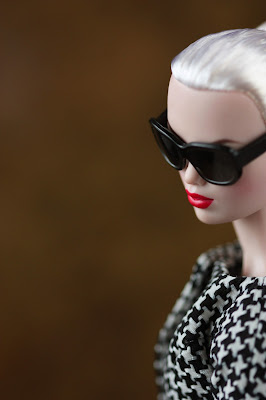 As The New Blonde, Karolyne Stone is a woman in possession of herself and her image. To prove the point, Miss Stone took charge of the production of this feature: from choosing the wardrobe to photographing the spread herself. Miss Stone explains: "When The New Blonde decides to expose her back is not because she is playing to anyone's fantasy but, because as a result of her physical training and conditioning, she can guard it herself. Sorry Hitch, now the blonde does her own thing.

I am blonde, hear me roar! 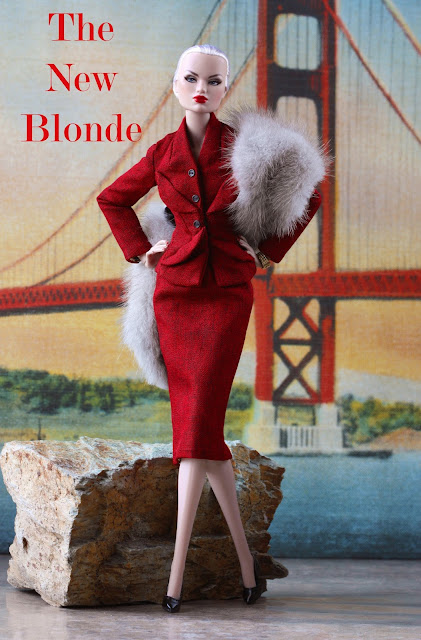 Miss Stone is the bridge between the old and the new. In her Katy Keene suit by Integrity Toys and a stole by Retros, she breaks into the scene and gives The Golden Gate a run for the money. 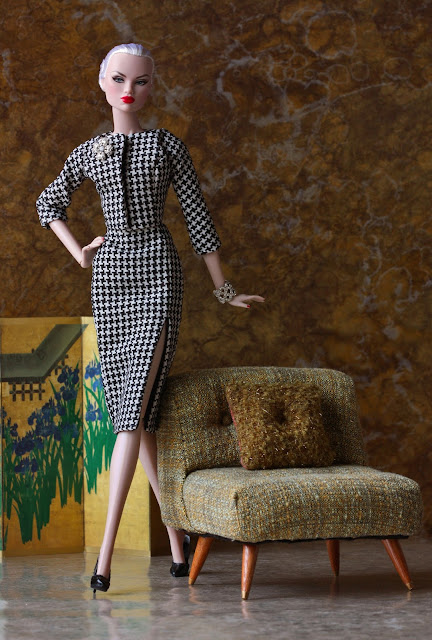 Court appearance. And definitely not to defend the man that the script says that she loves. Miss Stone goes ready to fight and win another unconstitutional immigration case. Suit by Integrity Toys. 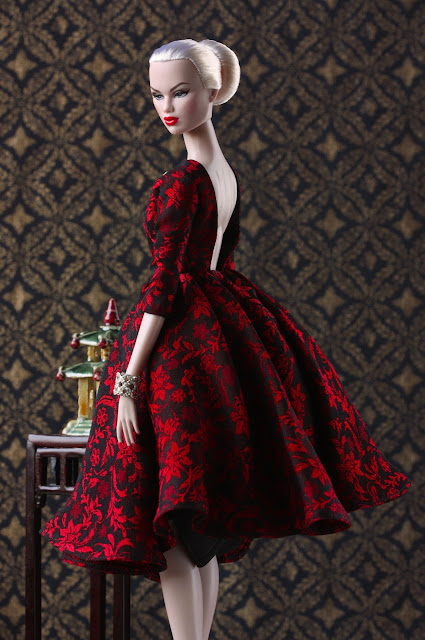 A well-defined back, developed in many a kick-boxing session, takes center stage in a remarkably vintage-inspired cocktail dress by R&D Exclusives. 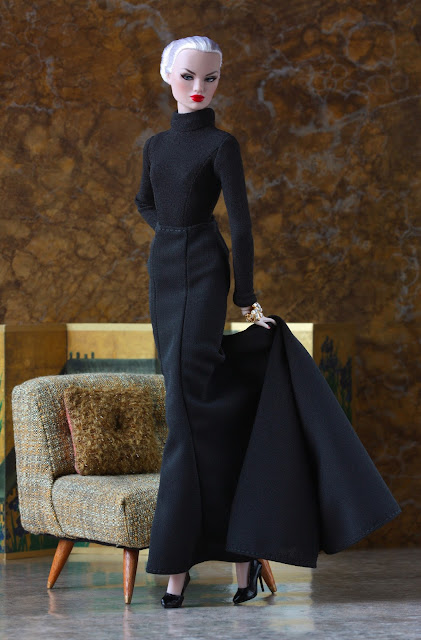 Miss Stone put together this ensemble of black turtleneck by Integrity Toys and mermaid skirt by Mattel as her version of traditional men's black tie wear. 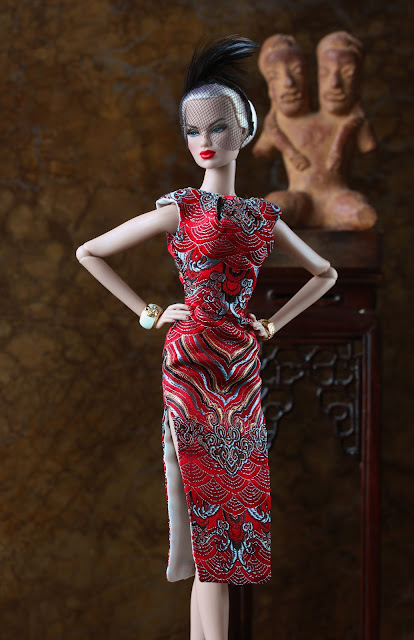 For a fund raising event to benefit the teaching of foreign languages in public education, Miss Stone selected a luxurious silk qipao dress by R&D exclusives. Hat by DAE Originals for Vivette.