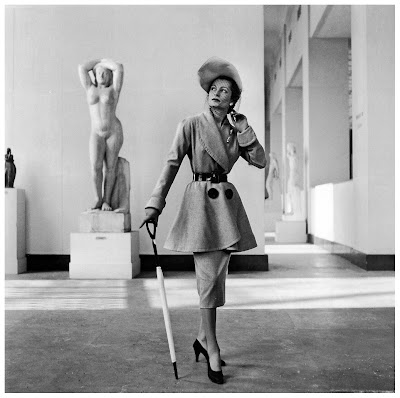 A gown connotes spectacle; it's woman at her most traditionally beautiful. Yet the gown limits its wearer to those functions that even at the end of 2012 speak of preconceived notions of what woman is meant to be, do, and look like. The suit defies most of these mandates and allows woman to join the world, make decisions, and play the game. Taking ownership of what is to this day quintessential power attire has provided women a way of taking charge of their own lives while maintaining their allure and sex appeal. The model above wears Jacques Fath’s town suit, in a photo by Willy Maywald at Le Musée d’Art Moderne, Paris, 1951.

The Barbie doll continues to have a love affair with the suit. Images of Barbie wearing the iconic Commuter Set, the all work and no play Busy Gal or the Doris Day-looking Career Girl form part of pop culture and prove that since her inception, Barbie Millicent Roberts was meant to integrate into the world at large. In these suits, Ruth Handler's teen-age fashion model transformed into a cosmopolitan woman who could rule the boardroom as well as the catwalk. 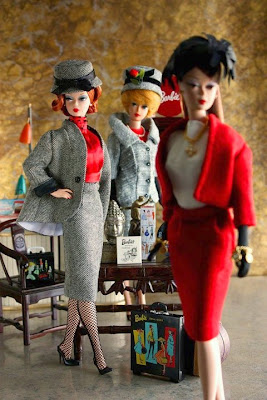 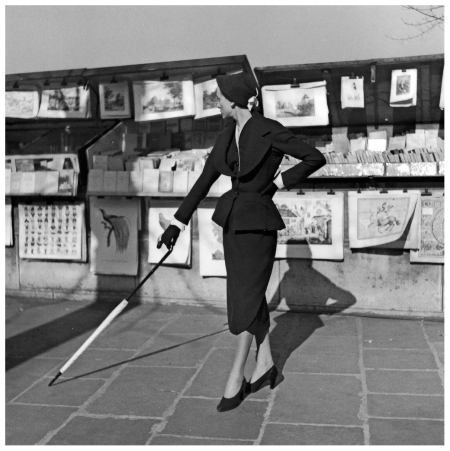 Dolldom takes the time to look back at one of 2012's very best dolls: Barbie Fashion Model Collection Walking Suit. From the slightly over-sized houndstooth fitted to impress to the dramatic 1950s eye make-up, this dressed doll designed by Robert Best proved that Mattel can be indeed swell. 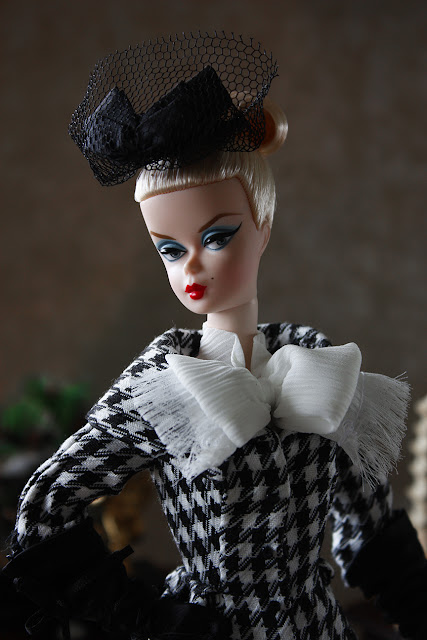 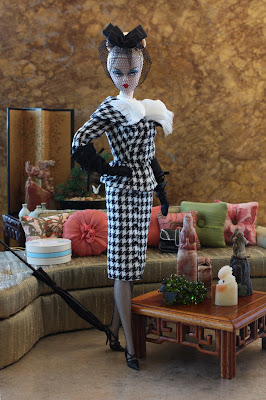 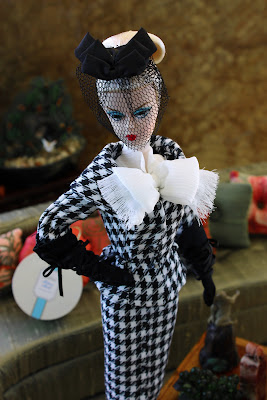 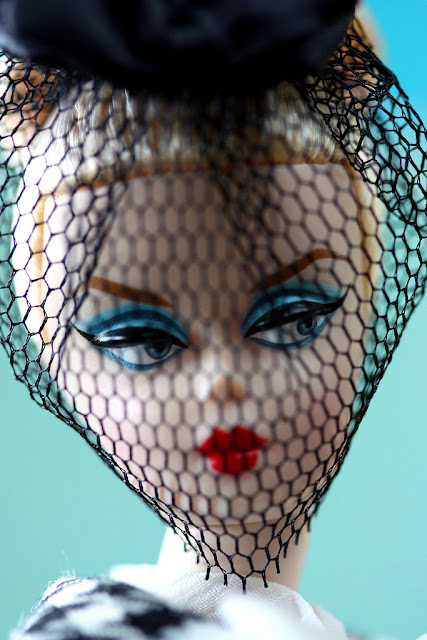 Dovima wearing cloche hat by Balenciaga ( in a photo by Avedon at the Cafè des Deux Magots in Paris, August 1955), serves as inspiration for Barbie's dramatic eye make-up. 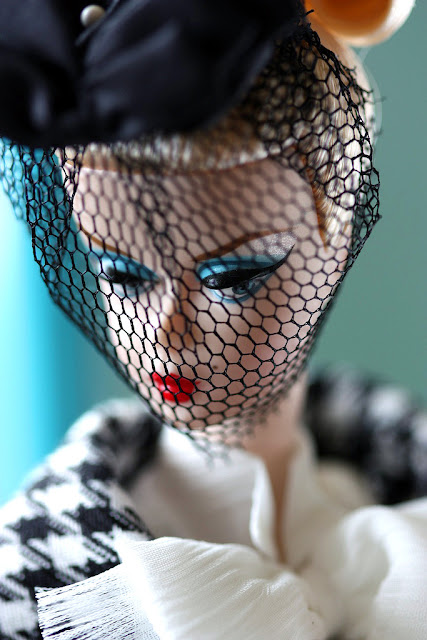 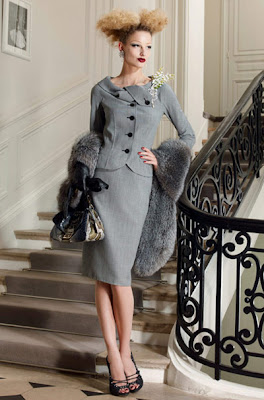 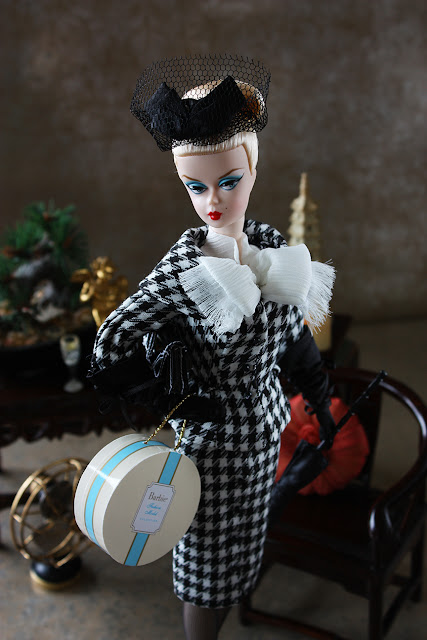 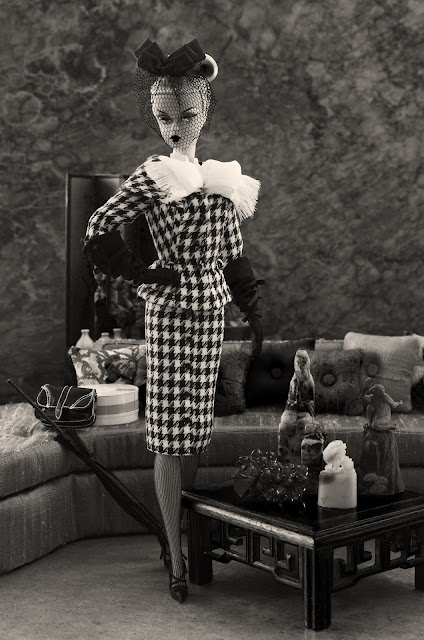 In this exquisite video produced by Mattel, Robert Best takes us on a behind-the-scenes look at the creation of Walking Suit Barbie. Here's to more timeless style, courtesy of the Barbie Fashion Model Collection.