Every Time We Say Good-Bye...

We die a little. Every time we say good-bye to a dear friend, we are forced to stop and reflect on the prospect of loss and immediately grab on to the memories that remain in the dark passages of our brains.

When the friend is a doll - the feelings are perhaps, a tad less devastating, as she (or in this case - they) remains around in all of her stupendous physicality in resin, vinyl, porcelain, or hard plastic.

When Mel Odom and JAMIEshow Doll announced the end of their ground-shaking collaboration, Gene Marshall fans (the hardcore, illuminated ones) once again relieved the farewell scenario, one already played out with Ashton-Drake and Integrity Toys. And many wondered if said collaboration couldn't have lasted a little longer, perhaps with a feeling of I-would-have-liked-to-see-yet-another iteration-or-character.  Dolldom feels that hope should never be lost - another collaboration is always possible and as Odom himself said in a recent speech, there is still one more JAMIEshow Gene Marshall in the works to be offered at the United Federation of Doll Collectors' opening of their new museum wing in 2019 - one that will debut with a showstopping Gene Marshall retrospective.

And then gain, who knows how will Miss Gene Marshall, Star Eternal, will once again transform? In the words of Norma Desmond: "No one ever leaves a star. That's what makes one a star."

JAMIEshow's 2018 Convention closed the show with a bang: a not-to-be-missed set of five new iterations of Odom's-always-glow-brighlty stars comprised of Gene, Mara Lord, Violet Waters, Zita Charles, and real-life movie legend Marsha Hunt. Gene and Madra sport tans - as would be expected of stars who vacation in the desert paradise- but Miss Lord got an extra touch of magic: a sprinkling of freckles that ties her character even more to the also-freckled Joan Crawford.

In this exclusive portfolio, Dolldom pays tribute and expresses gratitude to both Mr. Odom and JAMIEshow Doll for having continued to share the dream that is the essence of Gene Marshall. 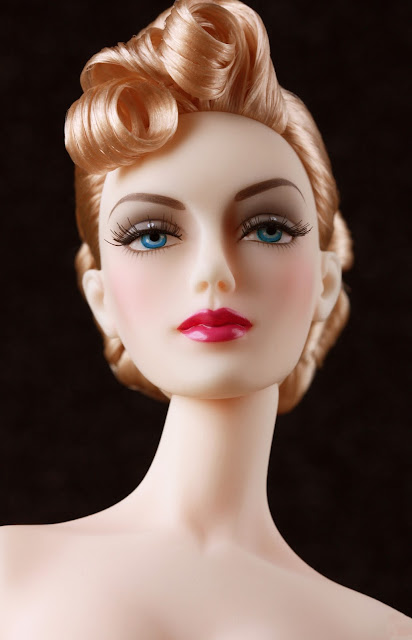 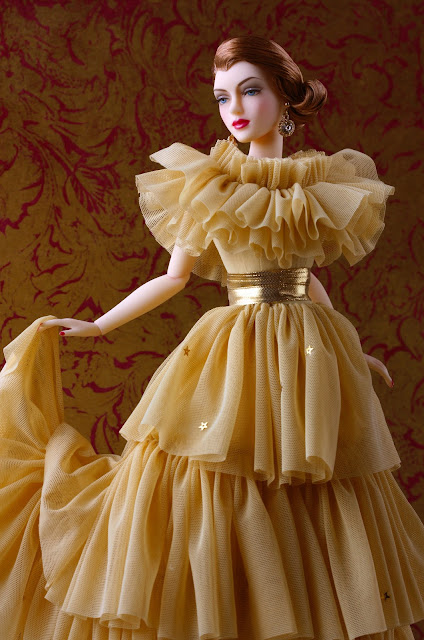 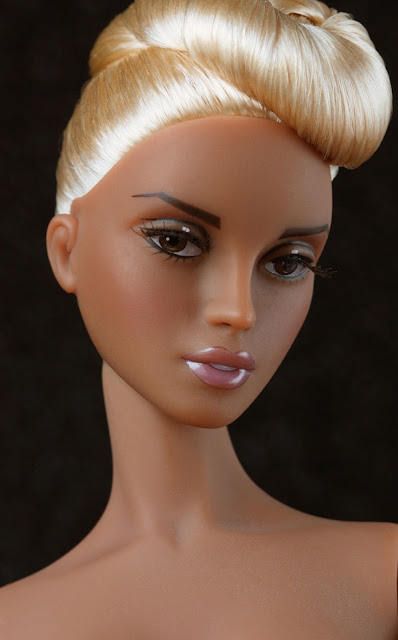 Violet Waters is supremely beautiful with a touch of 1960s mod style. 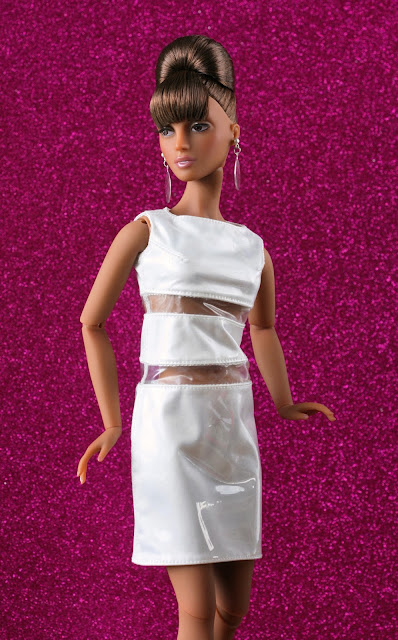 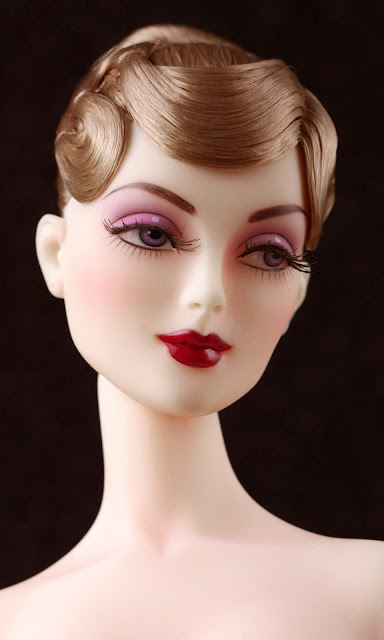 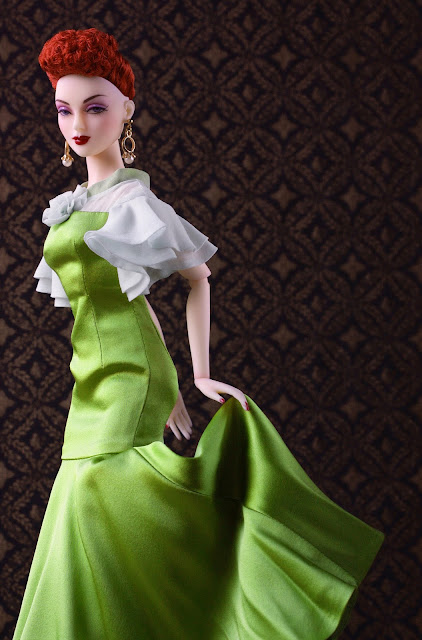 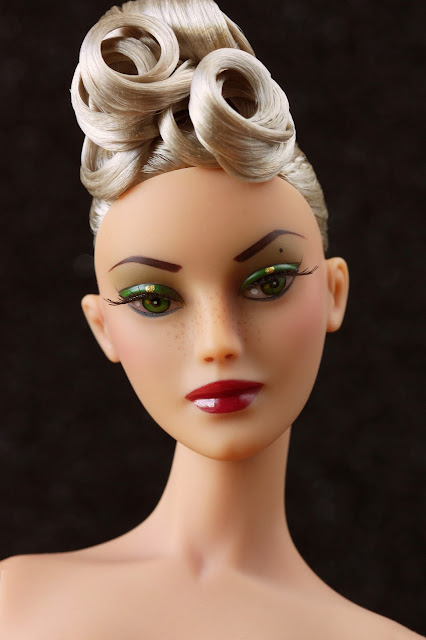 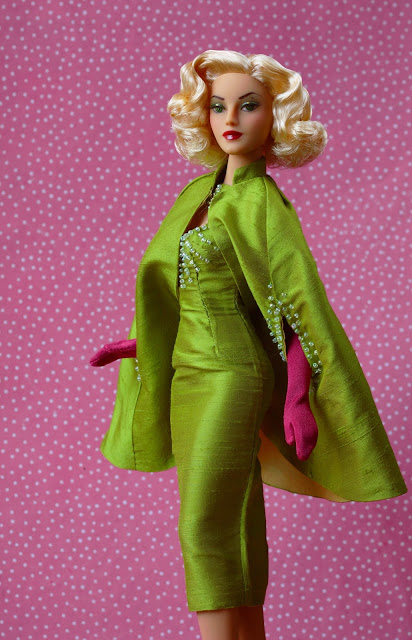 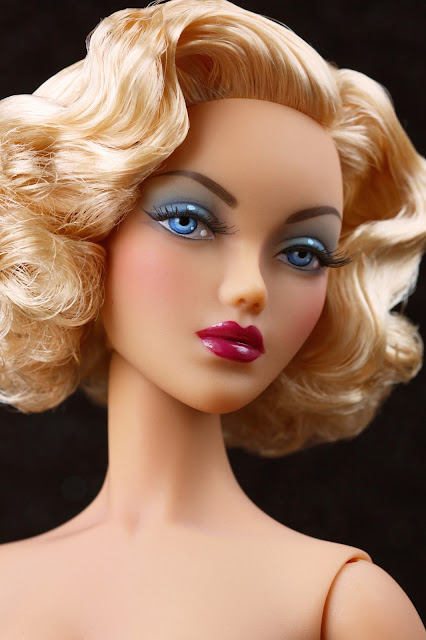 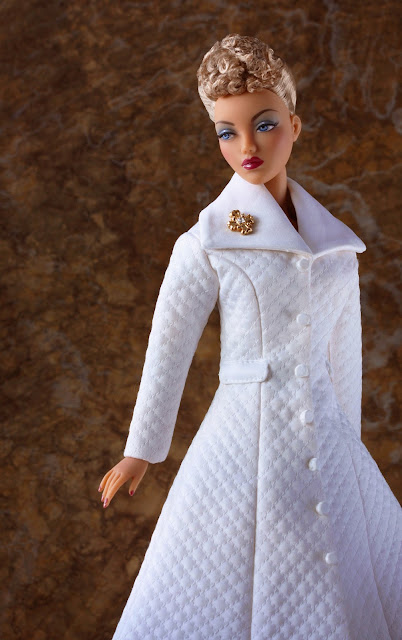 Gene sports a tan - and who does not look good with a tan? Add a white coat by Integrity Toys and more magic happens. Wigcap by JAMIEshow Doll.