Covering Barbie, a photo by ernestopadrocampos on Flickr.
Dolldom watches out for the fabulously different and genuinely unique. A year and a half ago, we had the honor of collaborating with Russian fashion designer Bakhtiër on a feature to celebrate Barbie's 50th Anniversary for Murat-Caviale's Haute Doll magazine. After an exciting interview and photo shoot featuring an exclusive collection of his designs for the Silkstone Barbie Fashion Model doll, Dolldom learned that Murat-Caviale would no longer publish their much acclaimed magazine. But as luck would have it, this month's Doll Reader/Haute Doll, under the inspired direction of Kathryn Peck, finally has published the exclusive portfolio and conversation with the young designer. Interestingly, this feature expresses the vision of real Russian fashion designer for humans - quite different from the line that Mattel presented earlier in 2011 that ran the gamut from playful matryoshka styling to haughty tsarina in emboridered velvet.

Peek-a-boo!, a photo by ernestopadrocampos on Flickr.
Via Flickr:
Dolldom Meets Barkhtiër! A #1 Lingerie Silkstone Fashion Model Barbie doll wears one of Bakhtiër's avant garde fashions. Sculptural and organic, his designs keep the wearer stylishly protected.
Bakhtiër's vision could not be any more dissimilar. Angular, enveloping, and engineered to protect the wearer, the Bakhtiër garment excels at being both minimal and utterly luxurious. Dolldom thinks that the Silkstone Fashion Model Barbie doll has never looked more elegantly evolved than in this collection, even if she was originally meant to wear re-interpretations of vintage styles.
Dolldom congratulates Bakhtiër on his ongoing success as a designer of women and men's wear. 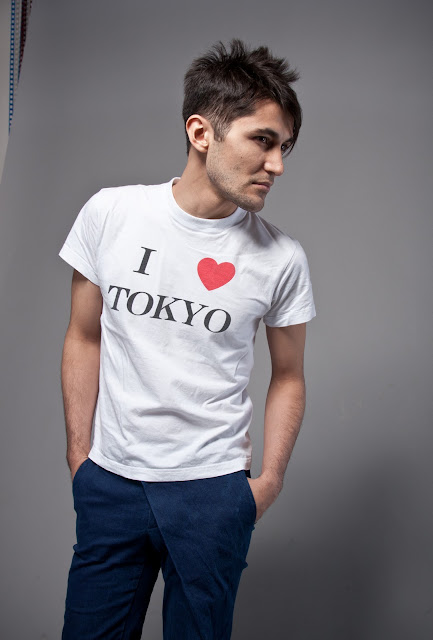 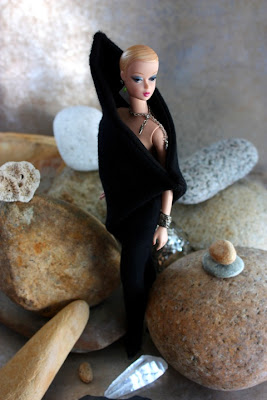 Ultimate Cocoon
Barbie enjoys the comfort and undeniable chic of this soft wool jumpsuit with asymmetrical convertible collar.  Depending on the angle, Barbie is seductively modern in black or an urban warrior ready to face the elements in style. Lariat necklace by Joy Jarred. Fashion modeled by Spa Getaway Barbie. 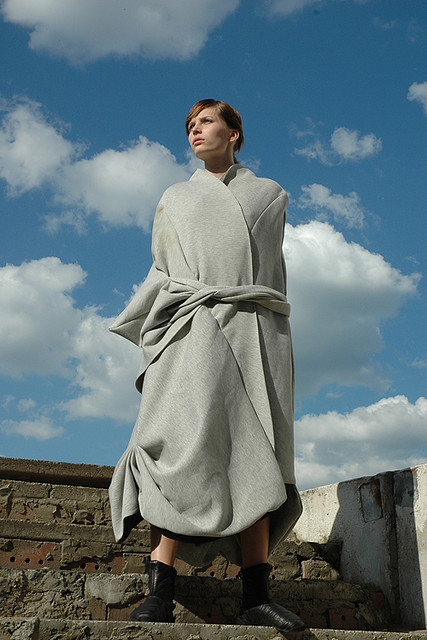 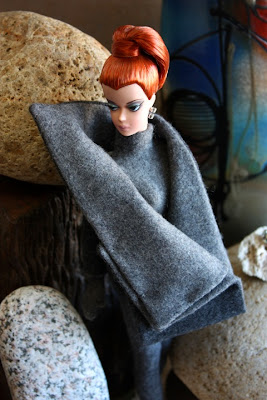 Tangents
A gray wool jumpsuit with attached mittens and its matching origami coat provide warmth and cutting edge style. The coat’s collar is convertible and may be adjusted to shield the face from the cold. Swarovski brooch by Joy Jarred. Fashion modeled by Happy Go Lightly Barbie.
Posted by Ernesto at 7:21 PM