ABC's Pan Am? Barbie Did It First! 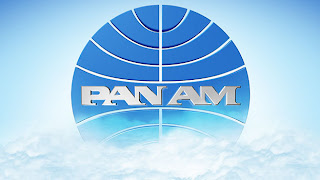 ABC's new series "Pan Am", slated to debut this coming September 25, 2011, promises to give "Mad Men" aficionados another delicious helping of the much in vogue 1960s, 1963 to be exact. Dolldom has little hope that the new series will be as beautifully written as the aforementioned "Mad Men" but at the same time hopes that it will not become the horrendous mess that "Desperate Housewives" is (was?).  At the very least, there will be talented human dolly Christina Ricci to watch. 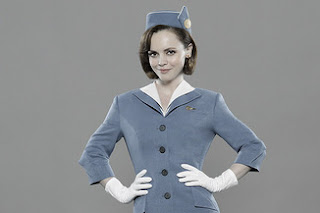 At any rate, the Barbie doll worked this gig already. It was 1966 when Mattel gave the forever iconic American Girl Barbie doll (and yes, those eternal Bubble Cut models too!) her very own Pan American Airways Stewardess uniform (stock number 1678). Super hard to find, the vintage set was re-issued in 2010 as part of the Nostalgic Reproductions series. And the 21st century version does not look bad at all on a vintage high color American Girl Barbie doll!

Coffee, Tea or Barbie?, a photo by ernestopadrocampos on Flickr.
Via Flickr:
Pan American Airways Stewardess Barbie. The original flight attendant. A long hair, high color vintage American Girl Barbie, circa 1966, dons the well executed reproduction from 2010. Past and present in perfect harmony.

Pan Am - Barbie Did It First!, a photo by ernestopadrocampos on Flickr.
Via Flickr:
ABC has Christina Ricci, quite the catch. But American icon Barbie wore that suit and flew those skies 45 years ago. She gives Miss Ricci, a doll in human form if we ever saw one, her blessing.

Glamorous Skies, a photo by ernestopadrocampos on Flickr.
Via Flickr:
Anyone long for those days when one had to dress up to get on a plane? Dolldom does. And imagine getting your high altitude cocktail served by this heart-stopping beauty?