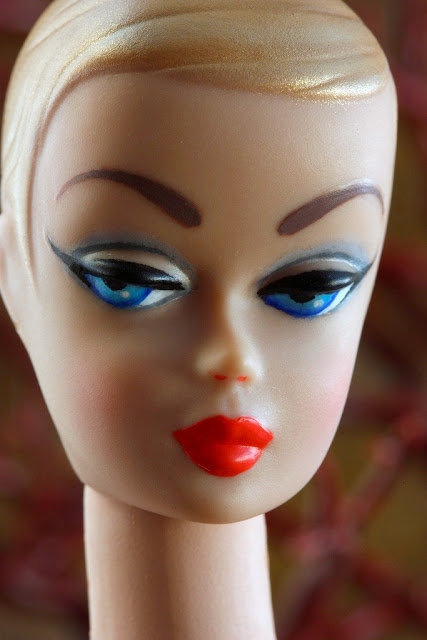 Nowadays, there seems to be an emphasis on reality and real life. Reality shows are the most obvious manifestation in today's mass entertainment. Real people in T-shirts and jeans are interested in real people in T-shirts and jeans letting it all hang out. This current fascination with the quotidien has even impacted the realm of fashion dolls. As fragmented as the most dysfunctional of families, the doll collecting world has sectors that prefer their dolls to look like and wear "the real thing": from anatomical detailing on breasts to up-to-the-minute fashions such as those spotted in shopping mall boutiques. Then there are others who collect fashion dolls to revel in the drop-dead glamour and sophistication best illustrated by Erwin Blumenfeld's iconic photo for Vogue (below). 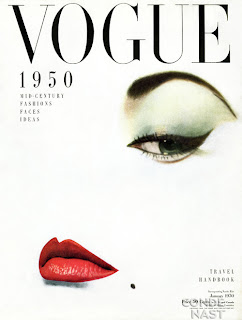 For there is nothing more inspiring than a woman (or man, for that matter) who is aiming for an ideal of elegance and style. Yes, jeans and T-shirts can be sexy and glamorous - when worn by the fabulous Barbie Basics 2.0. But there is a more rarefied type of glamour, one that in spite of existing frozen in time, is to this day, referenced by style mavens of the likes of Angelina Jolie and Sarah Jessica Parker.  In this universe of pure glam, lounge lizards abound in smoky piano bars while exuberant dames unabashedly bask in the glow of chunky jewelry. For no one can deny that shapely, full lips do make a woman look good. 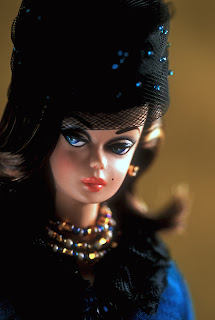 Barbie's make-up by Billy Lope. Fashion by Liz Cole.
Think about it... It's morning and there's no coffee (or vodka) left in the flat. What to do? Go out to the corner market to fetch some. But not before putting on big dark glasses and applying a true-blue red lipstick – it's as basic and essential as breathing and walking in stiletto heels. It could be said that Vintage Barbie left its indelible mark (blood red, we should add) in our collective mind and our idea of glamour is not about insipid reality. It is about an impossible chic that sounds very much like Spanish sexpot Sarita Montiel singing Quizás, smells like Shocking perfume by Schiaparelli, and tastes like whiskey-infused Maraschino cherries. 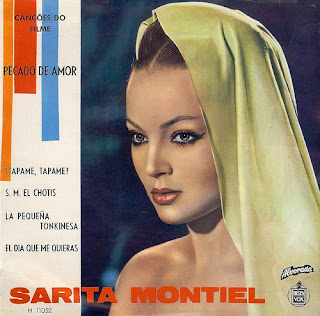 The ultra fabulous Sarita Montiel
It's about face that no one ever forgets, as Tyler Wentworth (below) proves with her come-hither new look designed by make-up artist extraordinaire Billy Lope. 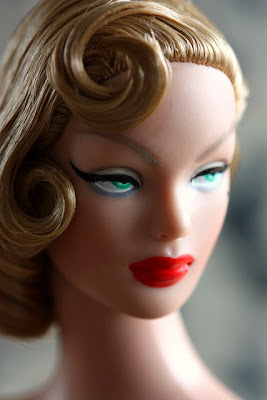 A Signature Style first issue Tyler Wentworth found her inner sexpot with the help of Billy Lope.
The very democratic Mr. Billy Lope, who prefers to remain (unsuccessfully) under the radar, always starts his Wonderbilly e-Bay auctions at 99 cents. Finding inspiration in the classic vintage looks of Tex Avery cartoons, Dale Messick's Brenda Starr comic strips, and the intoxicating glamour of Hollywood's Technicolor dreamland, Billy not only salvages the factory-produced set, he gives each one of them a life – torrid at times – as he only paints when the mood is right. As the girls in this portfolio can attest to, he must be in the right mood all of the time. One more thing is evident: Billy leaves a big chunk of his happy heart in each one of his vivacious dames. Reason why Dolldom gives Billy Lope its first Award of Excellence of 2011. 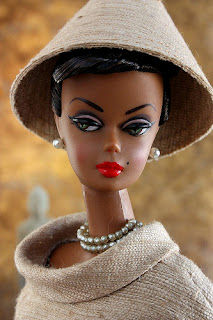 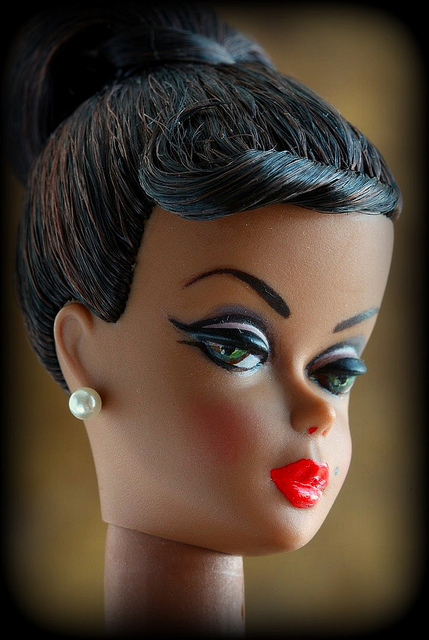 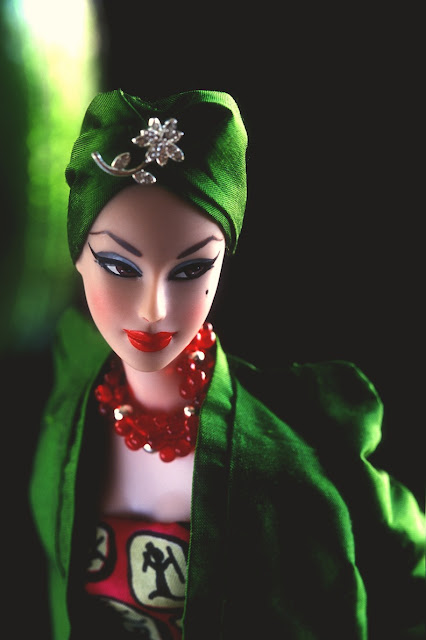 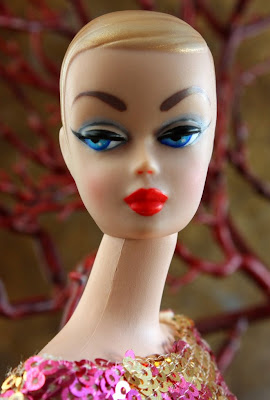 And to celebrate Billy's Award of Excellence, Dolldom introduces it's first official model. The Face of Dolldom is Princess Patti Fantasia Candelabra, a former Silkstone Spa Barbie, who with her new Wonderbilly face is our exclusive representative. 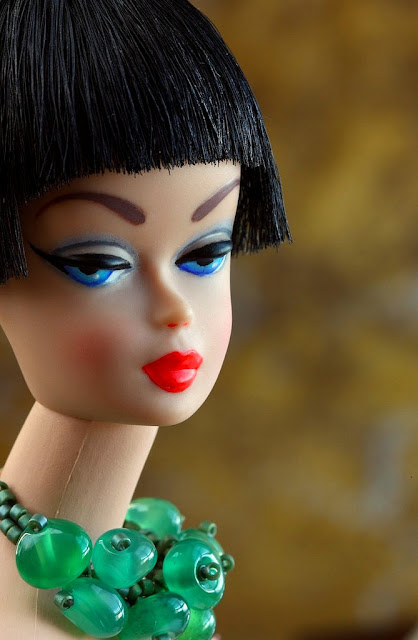 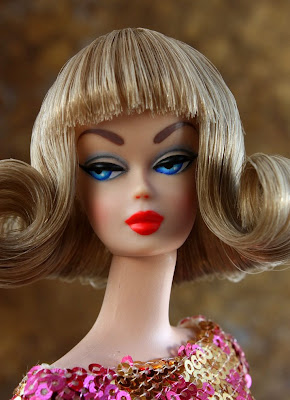 Dolldoms' Princess Patti transforms yet again in a Yatabazah Luxury Wig.
Dolldom thanks Wonderbilly for sharing his gift of joyful and playful style. Life is short, live it glamorously.
To contact Wonderbilly, leave us a message in comment area below.
Posted by Ernesto at 11:46 AM