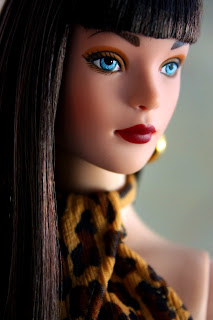 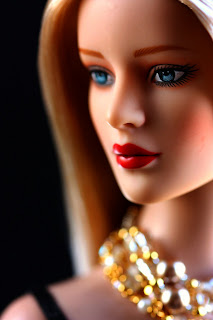 Dolldom Celebrates
Tyler Wentworth's 10th Anniversary
Q & A with Robert Tonner
This interview was first published in the March/April 2009 issue of Haute Doll magazine
Ernesto: How does it feel to celebrate Tyler’s 10th anniversary? Did you plan Tyler’s introduction in 1999 so that her 10th anniversary would coincide with Barbie’s 50th?

Robert: It feels great to celebrate Tyler’s tenth! I love that the collectors responded to what I was trying to do, and that they still enjoy all that goes on in the house of Wentworth.
As far as tying Tyler’s tenth to Barbie’s fiftieth—I wish I was that smart! Tyler came out in 1999 as a result of all the pieces coming together at the same time. I had been in the doll business for eight years at that time and it had taken me all that time to learn how to make the fashion doll that I wanted to make—the way I wanted to make her. 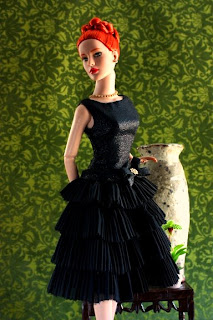 Ernesto: How has the fashion doll market changed since Tyler’s debut? Are these changes predicated on Tyler’s success?

Robert: The fashion doll market has indeed changed since Tyler’s debut. Collectors have become more sophisticated and demanding every year which keeps us as doll makers on our toes. There are a lot more fashion doll products geared exclusively toward the collector then ever. As much as I’m a fan of Barbie, the biggest change is that a fashion doll no longer has to be eleven and one half inches, and I think Mel Odom was responsible for a great deal of that change. But I think that collectors were so hungry for fashion that the market was ripe for developing. I’d like to think that Tyler set the pace in the fashion doll world, at least for a while. And I would be honored to think that I’ve helped with the current fashion doll “explosion”.

Ernesto: Concerning Tyler’s new face, what criteria did you consider when re-sculpting it? What did you wish for this face to convey?

Robert: I did this face just as I did her first; I started sculpting and stopped when I had a doll that seemed to look like Tyler—I don’t know if I can explain it better than that. I wanted the face to convey a confident, sophisticated, modern woman. 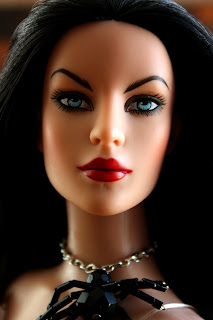 Ernesto: How will Tyler continue to evolve? The BJD Ultimate Basic issue is one example of this evolution. Will Tyler’s vinyl body be articulated any further? Will there be an ankle joint that allows her feet to turn? Any others changes that you wish to share with the readers of Haute Doll?

Robert: I love our Tyler BJD, but my first love will always be plastic! Tyler’s body was designed at the time to represent a woman wearing a corset and a push up bra—that looked new to me at the time. I have just developed a brand new fashion doll body that has evolved the idea of what looks new, and I’d love to add some of my new “thinking” to Tyler’s body. There are a few adjustments I’d love to make to Tyler like a lower leg that could turn out at the knee as well as more rotation in the torso area. 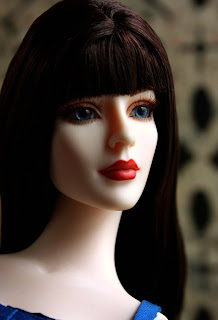 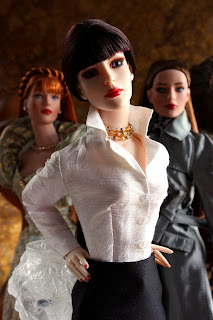 Ernesto: Tonner Doll Company has many successful doll lines, yet it is safe to say that Tyler Wentworth is the one character created by you that has achieved iconic status and that enjoys widespread popularity. 20 years from now, what will Tyler Wentworth’s contribution to the history of the fashion doll be?

Robert: I’d love to think that Tyler will still be around in twenty years! I hope that at the very least she’ll be regarded as a “snapshot” of fashion in doll form in the first decade of the new century. I guess we have to wait and see! 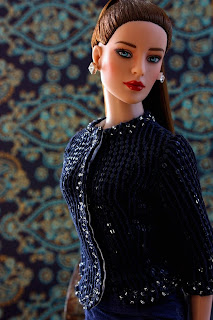 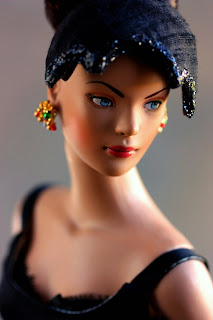 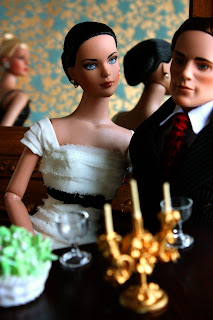 Robert: I do have a few favorites. I keep approximately twenty Tyler’s in my cases at home and probably forty in cases at work, and I never get tired of looking at them. I have one of the first Tyler’s dressed in the black cashmere coat, I have a one of a kind Tyler that was on the cover of Tyler’s fifth anniversary album, and I really like the “real” clothes like Haute Sydney, New England Excursion, The Look of Luxe, Chill Chasers and Metro Chic. And there are a lot more!